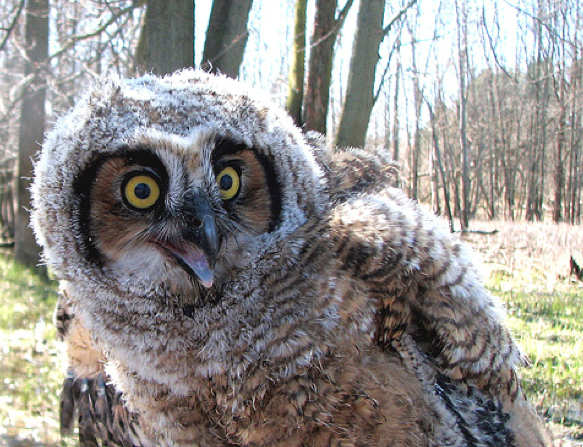 Prepare for the upcoming week, because the upcoming week is Year End Lists week.  I’ll be compiling the best in 2010’s movies, music, and books into comprehensive and peerless lists, primed for your perusal.  In an effort to substantiate the Best of 2010 Movies List, I’ll be travelling into the frigid metropolis of New York City to see: 127 Hours, Blue Valentine, Rabbit Hole, and Somewhere.  The things I do for things.

Today found me finishing up another graduate school application, which, barring another bureaucratic blip in my endless strings of endless sweaters of bureaucratic blips, I will submit tomorrow morning.  Knowing that you’re a consummate student of literature, I’ve included the 1000-word response essay I had to write.  It’s an analysis of George Saunders’ Escape from Spiderhead, if you remember that, from before?  I’ve linked the story once again, for you.

WHAT I WROTE ABOUT IT

Good fiction surprises, genuinely surprises.  It sidesteps the unsubstantiated narrative twist, perfectly measures the distance between expected and unexpected, and most importantly, keeps a reader reading.  To say George Saunders’ Escape from Spiderhead is good fiction would be apt, but describing the story as good fiction is akin to describing yourself as a “good person.”  There’s more to you than that, so much more.  Great fiction—like great people—does more than surprise, transcend, or entertain.  Great fiction does everything.  It is simply complex and complexly simple.  There are layers and layers within layers within layers.  It affects the reader as reality does, prompts emotions that ring as clearly and exaltedly as church bells, sets hearts galloping and brains a-think.  In the end, great fiction makes you glad you knew it.  It forces you to, and Escape from Spiderhead does just that, forces the reader to remember, to reflect, to reread with reverence.

On a purely recreational level, the story is unrelenting in its narrative propulsion.  A coercive undertow of suspense permeates, but mystery is never supplanted by feckless ambiguity.  The reader wants to know what led to Jeff’s incarceration, the nature of the Spiderhead, what exactly a MobiPak is.  Saunders answers these questions wholly, subtly, expertly.  He allots each the appropriate amount of prose and explanation, lets the reader do enough work to feel challenged but never overwhelms.  Without explicit explanation, the reader learns that MobiPak is a back-mounted device that injects test-subjects with artificial emotions and physical states (Verbaluce turns simple vernaculars prolix, Darkenfloxx induces a bottomless existential dread).  For the reader, it’s a rewarding and entertaining experience to figure these things out.  Saunders knows this.  He never fully alienates, yet he prevents stasis in his audience.  The reader submits fully to the story’s undertow, ends up a half-mile down the beach in thick summer, smiles as he or she futilely tries to swim back.

Saunders’ characterizations are a huge part of this.  There are no simple characters or interactions in Escape From Spiderhead.  Jeff, the protagonist and narrator, constantly has his moral and emotional constitution challenged.  He carries the weight of his nefarious past everywhere, a lead straightjacket of regret.  Jeff is unsure, repentant, funny, conflicted, and, above all, human.  Unlike other stories where fantastical elements can be kitschy or inconsequential, Saunders uses his boundless imagination as a tool in characterization.  Impossible story elements breed real questions.  If love is truly felt, and then completely lost, what does it become?  Can sexual love be separate from the soul’s love, are they mutually exclusive or codependent?  Can an individual truly put a stranger before himself?  To Darkenfloxx or not to Darkenfloxx?  These are the questions that Jeff faces, and as great writers do, Saunders strong-arms the reader into confronting them, too.

Nor does Saunders relegate his auxiliary characters to second-dimensionality.  The antagonist, Abnesti, is immoral and manipulative, but he also genuinely cares for Jeff and believes that his contained injustices will lead to a better way of life for the world at large.  Verlaine, the assistant, bears Abnesti’s condescension to ensure that the test subjects are cared for.  In perhaps the most economical exercise of his genius, Saunders manages to characterize four characters simultaneously.  Jeff is not alone in the Spiderhead.  He meets Heather and Rachel, and, due to the effects of his MobiPak, has transcendent, deeply felt sex with both of them.  When the effects wear off, it’s as though none of their love ever took place.  Later, Jeff meets Rogan and Keith, and learns that they have had identical experiences with Heather and Rachel.  Jeff is then forced by Abnesti to choose whether to Darkenfloxx Heather or Rachel.  He cannot choose.  This says something about him.  Abnesti prompts Keith and Rogan to do the same.  They cannot.  Abnesti asks Heather and Rachel which of the men to Darkenfloxx.  They cannot, and this says something about them.  It says they are like Jeff, individuals that are intricate, worthy, maybe even good.  It says that just because the story is about Jeff doesn’t mean that it couldn’t be about any of them, Abnesti included.

Late in the story, the reader learns how Jeff landed in Spiderhead.  In an act of adrenaline and whim, Jeff inadvertently killed another boy during a fistfight.  Lesser writers would be satisfied with this exposition, but Saunders goes farther.  He breaks down Jeff’s thought processes during: how losing the fight would emasculate him in front of his friends, how the other boy fought dirty, how they were both drunk.  It complicates things, as great fiction should.  Does the reader think less of Jeff?  Possibly.  Probably.  But the reader knows that feeling, that momentary losing of self, when TemperBerst or InstaRaje rushes into the metaphorical MobiPak.  The reader understands and is equated with Jeff.  The reader wants to see him redeemed.

Abnesti offers Geoff his chance at redemption.  The opportunity is a choice.  Either Jeff can Darkenfloxx himself or Heather.  Before doing this, Abnesti tells Jeff how Heather came to reside in Spiderhead.  She was a drug-addict, a murderer, a stealer of mother’s jewelry.  Jeff resists, resists, but eventually concedes.  Heather barely survives.  Abnesti and Verlaine race her to the infirmary, and in walks Rachel.  Jeff knows that he will face the same choice with her, and presumably with Keith and Rogan as well.  So he Darkenfloxxes himself, and dies, and the reader knows without a shadow of a doubt why.  Saunders forces them.  To die for someone known and loved is one thing; to die for a stranger is another.  It is unexpected, and as Jeff leaves his body, as his spirit ascends skyward, away from the tribulations of this world, the reader is surprised.  The reader is a thousand other things and the reader is surprised.

There is good fiction.  There is great fiction.  After everything, the only simple fact of Escape from Spiderhead is which classification the story falls under.