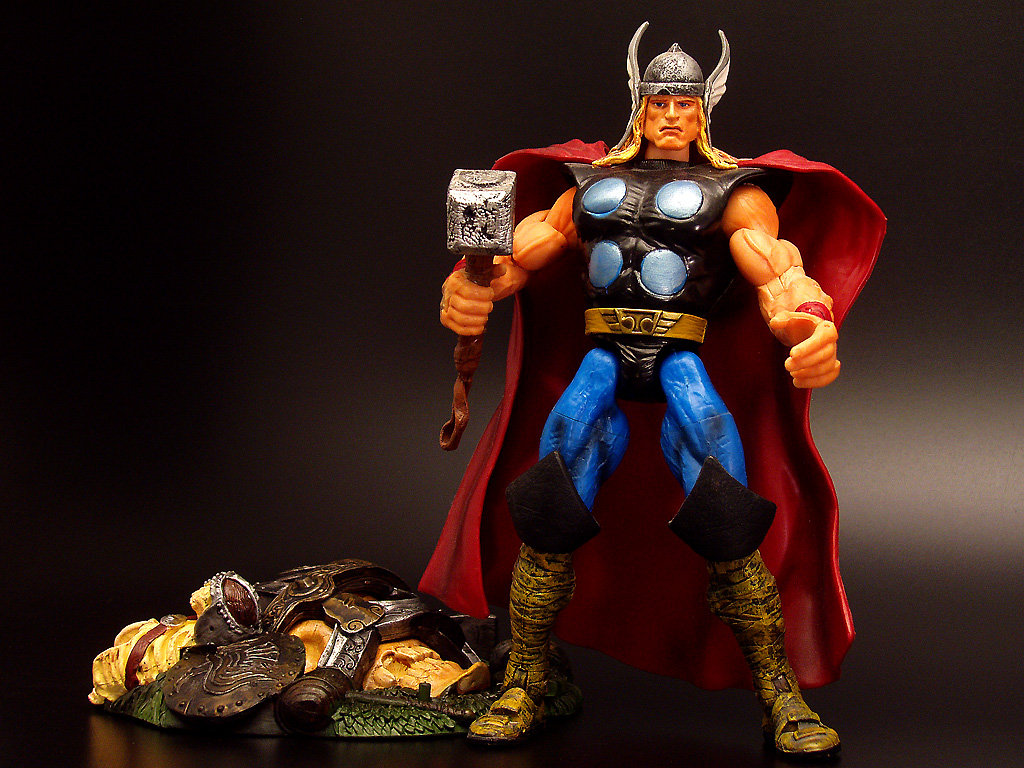 All the makings of a bad, bad movie are present in Thor.  There are landfills of exposition, underdeveloped characters, undeveloped characters, voice over, product placement, narrational meandering, Deus Ex Machina after Deus Ex Machina, laughable special effects, plot points so predictable they inspire inklings of deja vu.  The phrase “Eisenstein-Rosen Bridge” is uttered past fingers & toes counting.  Settings are artificial to the point of satire.  Characters appear pasted onto the background’s shimmering veneer of green screen.  Galisteo, New Mexico-the destructible town constructed and violently deconstructed entirely for the film-conveys the permanence and verisimilitude of a hologram of a house of cards.  So much of this movie should be awful, deplorably awful.  Yet, as I watched, I was overcome with a singular emotional response.  I brimmed with the sensation.  My heart strained against the curve of my rib cage, and one word flashed firmly and firmly again on my brain screen, and that word was: AWESOME.

Way back when, when the word awesome was coined, it was reserved solely for the most spiritually awakening instances of beauty, of nature asserting its dominance over the limits of our minds.  Vernacular has warped the meaning.  When one describes something as awesome today, it is definitively positive, but simultaneously is the described removed from the seriousness and gravity of the original meaning.  Many wonderful things are undone by the misdirection of that descriptor.  Awesome things aren’t allowed to be awesome as they actually are, but  Thor delights in occupying the modern conception of awesome.  Never does it aspire to be anything more than what it is, and in that understanding the movie becomes much more.

In the end, it’s not the set pieces, nor the action sequences, nor the special effects that form the crux of Thor‘s effect.  It is how the movie handles Thor’s transition from god to man, from Asgard to Movie Set, New Mexico.  This, above anything else, makes Thor great, because it is hilarious.  Thor acts as a god would, and those around him act as people would.  He screams constantly at the sky, and bystanders stare appropriately.  Blindly Thor crosses streets, and appropriately cars hit him.  When he awakens in the hospital, he immediately sets to pummeling everyone in sight, screaming nonsense as he pummels.  His godliness, his immortality and perfection, even more than his flaws, more than his pride and vanity, humanizes him, and we think: this is good.  We think: AWESOME.

It must be said: Visually, this movie is about as weird as it gets.  Like makes Watchmen look like Twelve Angry Men weird.  It is splendid.

It must be said: His hammer was forged in the core of a dying star.

Strawberry Verdict: 4.5 out of 5 Strawberries