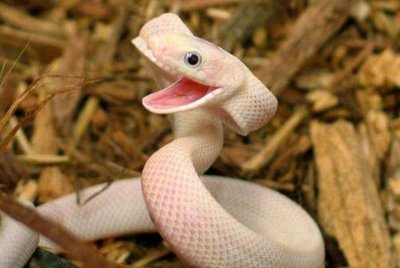 Considering my readership’s substantial response to the evaluative polls contained within the previously mentioned post that should be read before reading this post, I feel compelled to address the outcomes of said evaluative polls, to relate my gut’s reactions and my mind’s musings.  Mostly, I was pleased with the results.  Far less people than I expected wanted my lungs to fall out of my body through my butt, and that is always pleasing to know.  I try to minimize that sum of people in the world.  Like me as a person, BPoFD is under constant, exhausting construction, straining to arrange itself into something if not interesting then at least bearable.  Like me as a person, it fails more often than not.  I feel as though I’m doing less failing as of late (even if that means I’m failing more often at failing, which may actually increase my aggregate fail v. non-fail ratio, but that’s neither here nor there).  This barometer will, I pray, help me fail more at failing, and I thank everyone that voted earnestly.

Q: How would you describe Carmen’s “Writing” Style

But Majority Said: Off-Putting/A Void of Emotion In a Vacuum of Repression/Turgid Word Throw-Up/Like Shampoo to the Eyes

What Majority Said Makes Carmen Think: I love being liked.  I hate being hated, but thinking grand scheme, I’ll take 45% being liked over 0% being liked.  Truth be told, my writing style is rife with flaws, gimmicks, fat giggling to be trimmed.  Senseless wordplay, for one.  Unnecessary inversions, another (e.g. I’ll say, “I can’t make tails or heads (as opposed to the expected idiom) of why I insist on playing with words).  It is off-putting.  Furthering that awfulness, I have the emotional expressiveness of a chest of drawers.  I have trouble saying what I mean and meaning what I say in life-life and blog-life, and that wiggles its way into my writing, and can make people’s reactions nebulous where they should be sure and slight where they should be anything but.  I sincerely apologize for this with my heart’s every molecule (see?).  Turgid Word Throw-Up is resultant of my inability to ascribe to one of the few writerly tenets I hold true: “Verbosity is the iniquity of idolatry.”  My verbosity is about as iniquitous as verbosities go.  So, valid.  In conjunction, I can see how these flaws can cause shampoo-to-the-eyes reactions in my readership, but I also have to acknowledge that our flaws distinguish us more than anything else, and how there are scant aspects to blogging that can be described as sexy or rockstar, but, and this I can state with 100% certainty: there is absolutely nothing sexy, nor rockstar, about trying to be liked.  True as that may be, I will recognize the argument that this is in fact me trying to be liked by stating that I will never try to be liked, but ask too that any arguers recognize that my recognizing is a definitive reconfirmation of the everything unlikeable in my writing.

Basically: Occasionally, I put my laptop in my lap and listen to Mastodon and pummel my keyboard with my fists for approximately an hour and post my pummeling on the internet.  Occasionally, people like it.  Often, people don’t.

Q: What About Carmen’s Tweeting at @carcarpetach

Most Said: An Island of Adequate Hash-Tagging Amongst a Sea of Idiot.

What Majority Said Makes Carmen Think: Admittedly, I am bankrupt at Twittering.  Nearly all of my tweets are either about how excited I am to watch Game of Thrones or how excited I am that I just watched Raising Hope.  I’ve attempted to quell the nuances of Twitter from those that I follow, but my job is not making me fat, and I always make sure I get to gym as many times as I want to get to the gym in a given week, and I’m never bored at work.  I have Guitar Hero and Big Buck Hunter at work and have no boss.  I have stared into the phantasmagoria of a Kabooms Saturday night rush and rubbed my stomach and said the words, “CarCar belly want Chipotle,” to no one and walked clear out the front doors and even fewer people noticed.  Now realizing: I should have Twittered that.  The only trending topic I’ve understood in the past week was Philip Roth, but that doesn’t mean I’m going to abandon all attempts to improve my Twittering, for you.  To provide a more balanced and enjoyable Twitter experience was roughly 70% of the impetus behind my purchasing a new phone.  The remaining 30% was text messaging.  I am bona fide at text messaging.

Q: What Do You Want More Of?

Most Said: Vanjoing (Videos of Carmen Playing the Banjo).

What Majority Said Makes Carmen Think: Considering the success of BPoFD‘s Interview Series, the near future will see Carmen collaborating with a selection of the Jersey Shore’s most notorious and renowned musicians (Rico) in what will come to be known as:

Please send suggestions of songs you’d like to see covered by Carmen and his banjo to:

Q: How Has BPoFD affected your perception of Carmen?

Most Said: Want to Buy Him Gimlet

Q: Can You Ever Forgive Carmen?

Basically: No, no one can.  Not even Goat Hitler. 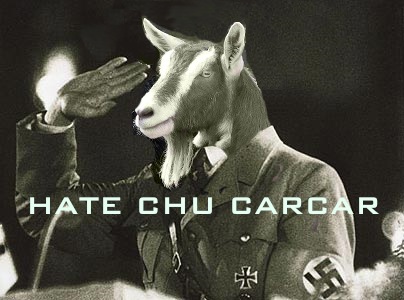