Every end is ours and ours alone to audience.  Cumbered with sentience, we stare awed as the indifferent universe throttles its components to and from existence without accord or, in most cases, acknowledgement.  We are the sole articulators and conscious recorders of this process.  No other creature shares this burden.  The end for the universe entire lives and dies within us, because without us existence is but tree after tree falling in a forest abandoned.  Since time immemorial, man wrestled on his every front with loss, with his own ending and the ending of everything that does and will ever surround him.  What he has arrived at after thousands of years of conjecture is thus: a birth begets a death, and in some ways that is understandable and in most ways that is baffling. 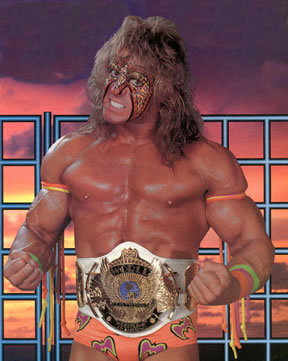 As our consciousness illumines so too does our notion of our own demise.  We are, and we are not forever.  Much of our the pathological romanticizing of childhood-and of the past for that matter-is rooted in the fact that we were unawares of death, that it was far off, an abstraction that factored as much into our lives as the deep oceans, space’s far reaches, something to be pondered that would never truly assert itself into the real of life.  Children create spectres, phantasms, monsters, and only one of these foreboding creatures follows a child into adulthood.  That fell reality is The End.  A child becomes an adult yet remains a child in action but not constitution.  Everything is an attempt to regain the unencumbered-see: stupid-frivolity and ‘joy’ of our nascent years.  We refuse to acknowledge that the exploits of our childhoods may as well be the inconsequentialities of a stranger.  In our lifelong stride to the future, we spend too much time looking back, to the past, the naivete and innocuous irresponsibility of youth.  Years we actively remember as being indistinguishable emotionally from others become gilded in remembrance.  It is a delusion, predicated upon our knowledge of the end.  So much uncertainty pervades our every moment, and, since the past has already occurred, we averted that.  We escaped death.  Life continued, and thus can be enjoyed, after the fact. 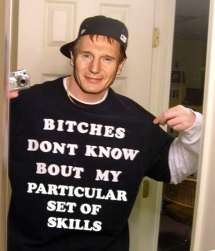 The true individual occupies the three chronological spectrums simultaneously.  He pays equal reverence to the past he’s lived and learned from, the moment he is consciously (genuinely) enjoying and occupying, and the future that awaits and will soon be the two former.  His entire life is but a single, wondrous day, beset on every side by the variety and plenty of being engaged, immersed in the world within and without.  In the morning we are born, and under that same day’s nighttime stars we pass back into that which we arose from.  Time is immaterial.  We stop remembering dates, times, perfunctory labels and begin to see everything-ourselves, everyone and everything else-as a series of moments comprising a mammoth, singular moment that isn’t a moment at all, but the whole of existence, permanence masquerading as transience.

To live any other way is to madden the sea within, and from the inside out you will be eroded.

OR, OR, YOU CAN KEEP WATCHING FUCKING AMERICA’S GOT FUCKING TALENT WHILE THEY CANCEL MEN OF A CERTAIN AGE.

This blog was my attempt to calm my inner sea.  I failed.  Inside I am but tsunamis tackling typhoons, a once calm lake with ten tons of dynamite in its belly.  As an outlet, BABY PICTURES OF FAMOUS DICTATORS has not served its purpose.  The world is no better.  I am no better.   Our march towards idiocy, delusion, destruction continues undeterred.  I will speed its movement no more.  No more.