Shrek can’t sleep, and as anyone that has dealt with insomnia can attest, there’s no cure for The Uncountable Sheep quite like thinking up long cons to protect your estranged husband’s crystal meth business.  Her new community theater production casts Walter as a gifted, uncontrollable gambling addict.  She is the Kevin Spacey to those asian MIT students recast as white MIT students in 21.  Like any natural leader, she uses corporate team-building terms like “tag team,” “handoff,” “doozy,” and “hold onto your hats.” Roughly a third of the episode is comprised of Bryan Cranston and Shrek running lines amidst classic martial reparte and rebuke, the Breaking Bad equivalent of “Who’s on First.”

To tranquilize Hank’s indelible deductive skills, Shrek makes a garden salad.  It’s time for family lunch at Hank & Marie’s Misery McMansion.  Marie is like, “Hank, show Bryan Cranston and Junior your pet rocks because oh the redoubtable wonder of nature and they in no way inspire me to drag a box cutter across my wrists (Box Cutter! Breaking Bad!).” Hank compliments Junior’s matching orange Handi-Capables uniform and leads them to his dentist light.  Of course, Walt rocks out on Hank’s rocks, further emasculating Hank, who, if this show has been any indicator, loves being emasculated.  Walt says, “Igneous rocks such as these cool at a temperature of who-gives-a-shit Kelvin.”  Hank smiles, thinks, I need to get that box cutter from Marie when she’s done.  Then this:

I waited for Michael Cera to vault from the wings and clock Gale with a shower rod, but Michael Cera never vaulted.  Back at lunch, Shrek kills her monologue re Walt’s gambling addiction and Walt excuses himself to poop/decide how further fucked he is.  In a parallel universe, everything is the same except Breaking Bad is titled Fucked Further, and everything makes a smidgen more sense.  Back to this universe, Bryan Cranston has built his own CSI: Albuquerque in Hank’s room.  He’s rooting through paperwork.  He’s whirling the dentist light around like a drunken crane operator.  It’s madness! He’s further fucked! Gale was a Ron Paul supporter, a fan of recumbent bicycles, a Whitman scholar!  Hank says without saying that they’re on their way to finding Pinkman via fingerprints.  Walt is like, “I hope Pinkman’s opium den rager is still going on.”

Back at The Salon, Pinkman orders pizza for tonight’s sleepover, loses his bowling bag, plays Sonic Racing, the truest expression of existential conundrum.  When he awakes Mikey No Smiles is standing at his bed, staring as per usual.  Pinkman goes immediately into 1-800-BITCH mode and starts soliloquizing Mike (it’s a soliloquy and not a monologue because Mike may as well not be there, ever, so much portentous staring).  Needless to say, Mike isn’t a receptive audience.

At Church’s Chicken, Gus is buying new glasses on his Macbook when Mike walks in.  “Hey, Mike! Long time no see!” Mike gives an affable grin, plops down in the chair.  “Too long, Gus! We need to kill Jesse Pinkman.” Gus gives a maybe stare.

Walt shows up to work.  Jesse does not show up to work.  Walt, taking a cue from Shreklock Holmes, goes to investigate.  Suddenly, it’s Breaking & Entering Bad, and Walt is shimmying into Jesse’s window, seeing that Jesse isn’t home, and he forgot his KRZR, which can only mean one thing: ROAD TRIP! 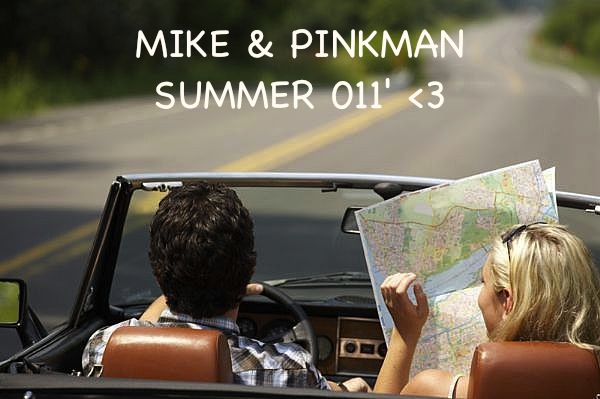