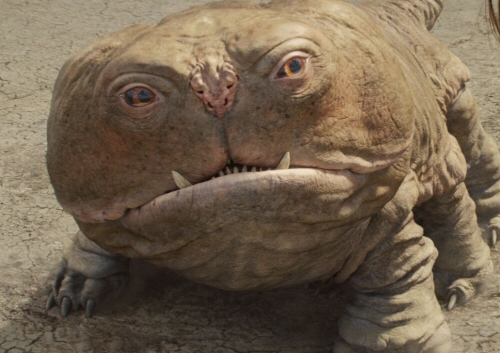 Much ado was made about the failings of John Carter before the release of John Carter.  Skeptics saw the budget egregious, the source material outdated, the lead actor too relatively unknown.  These arguments have their merits.  Including its rash marketing campaign, John Carter cost Disney $350,000,000 USD.  Edgar Rice Burroughs wrote the first book in the series, A Princess of Mars, in 1917.  Most of the populace does not know Tim Riggins from Taylor Kitsch from John Carter.  Truer than these critiques is the reality that majority of the speculative discourse surrounding John Carter dealt with branding, marketing, finance, and, most consumingly, cynicism.  As if Disney doesn’t have the money.  As if movie studios don’t expend billions upon billions of dollars every year on vacuous, deplorable, big budget action movies (The trailers before John Carter included Wrath of the Titans, The Avengers 3D, Men in Black 3D, Madagascar 3: Europe’s Most Wanted, Lockout, and Battleship).  As if the movie wasn’t directed by Andrew Stanton, wasn’t written by Michael Chabon, wasn’t based on an actual intellectual property instead of a board game.  As if moviegoers have become so disenfranchised by the quality of blockbuster films that their desire for schadenfreude has evolved to preempt the subject’s success.  These are matters of concern concerning everything but the content of the film itself, because the ultimate reality is that John Carter is quite good.

Many of the successes and pitfalls of John Carter will be recognizable to audiences.  Intact are the hoary expositional introductions, diluted romances, logic holes, cloying flashbacks, hackneyed action sequences.  Intact, too, is everything that can be wonderful about the big budget action movie.  Even if one reacts negatively to the aforementioned, finds the multitudes of Barsoom’s tribes and characters disinteresting, what the movie foremost does is present its main character as a character worth rooting for.  Not as much at first for his depth, that comes later, but for his actions, and there is a surfeit of actions.

Negligible mention has been made about how violent John Carter is (Diagnosis: That may prompt the masses to see the movie, can’t have that now).  Characters are decapitated, slaughtered outright and onscreen, bodies pile, John Carter kills an entire tribe of aliens before sawing his way out of the stomach of a pituitary-deficient yeti.  It’s a risk for Disney, and one that pays off, if not in the typical vicarious bloodlust sense, but in a conceptual sense.  Violence is an aspect of Mars as it is an aspect on Earth, and hats to Disney for not suppressing it.

I saw John Carter on a regular D screen at 9:25 on a kindly-temperatured Monday.  The theater was fuller than one would expect considering the outside conditions, that the film was playing concurrently in 3D in the same multiplex, also in both D’s across the street.  Years of experience has taught me to dread the Times Square moviegoing experience, but during John Carter, if for a brief stretch, those years were forgotten.  The general audience seemed to be not generally, but fully enjoying what was transpiring on the screen.  They laughed at Carter’s autodidactic approach to walking on Mars.  They were textless and engaged with what characters had to say.  They were endeared to the alien dog.  I too laughed, engaged, was endeared and reminded that many of these people hadn’t heard any of the rabble discussed in this post’s first paragraph, and I saw that these were quite good things indeed.