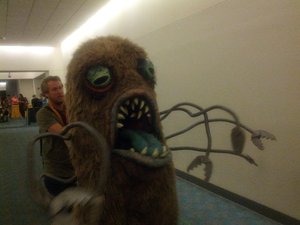 In preparation for the upcoming NFL season, Baby Pictures of Famous Dictators has commissioned four preeminent NFL analysts to offer their opinions and insights as a means of enlightening an unenlightened world. The names of these analysts, listed alphabetically, are: Justin Garber, George Gutierrez, Chris Lada, and Carmen Petaccio. In this edition of The Gargantuan BPoFD NFL Preview, self-professed psychopath Chris Lada prognosticates on all things professional American Football. Thank you, Chris. From, Humanity.

Incoherent Ramblings of A Modern Psychopath, Served on the Rocks, with a Side of NFL Predictions

As many of you may not be familiar with my vast body of work, I will first take this opportunity state unequivocally that no one in the history of human existence has ever typed on a computer for more than five minutes while sitting on the toilet. If anyone has told you otherwise, this person is most likely named Corey Zeller. Moving on, I will pre-qualify my opinions by filling you in on my background and why my NFL knowledge is second to only the great Bear Jew, Tony Kornheiser.

My name is Christopher Lada, and like most of the great men forever etched in the annals of time, I hail from Toms River, New Jersey. I pay the bills as a burgeoning sports pundit who has worked for such esteemed programs as NFL Today and Good Morning Football. However, what sets me apart from the rest of the 20 something jagoff’s tying to make it in this dog-eat-dog business, I moonlight as a Mechanical Engineer with advanced degrees in being born in New Jersey. This affords me the unique position in which I have the sex appeal of Skip Bayless; the dashing good looks of John Clayton; the cool, collected, rapist wit of Patrick Bateman; and the computing power of everyones favorite circa 1960’s psychopathic supercomputer, HAL 9000. For all intents and purposes: 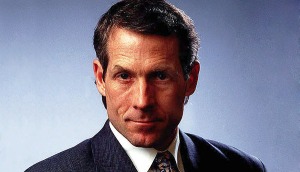 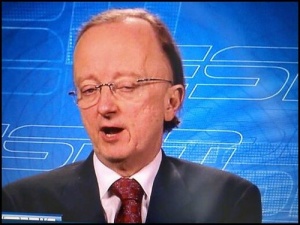 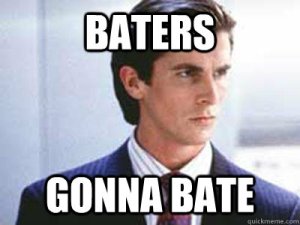 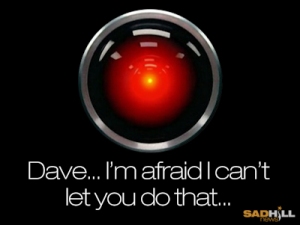 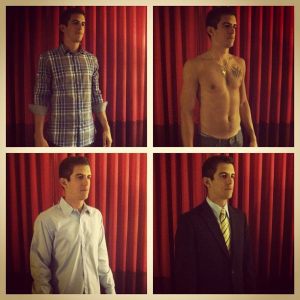 Now, enough about me, let’s trudge forward to the picks. These picks were derived from a patent-pending combination of both my insider knowledge of the ins and outs of today’s NFL, as well as advanced mathematical algorithms developed in the bowels of NASA’s legendary padded rooms. I would explain in depth the pedigree and expertise that went into developing my formulas, however you have neither the time, nor the wherewithal to comprehend such groundbreaking theory. And now, get ready to bet the house, because I present you a list of my comprehensive NFL standings: 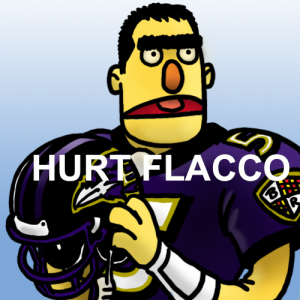 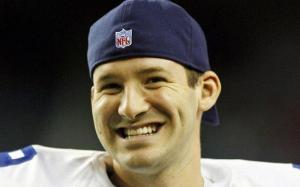 In order to justify the lofty salary and comprehensive benefits afforded by a staff writer for BPoFD, I present all of those lucky enough to have the endurance to make it to this point with exclusive bonus coverage of the next big story of the 012′ – 013′ season. Of course, I’m speaking of the underground movement known only as #HurtFlacco. This phenomenon has shown tremendous groundswell in such major cities as Hoboken, NJ as well as Branson, MO. The #HurtFlacco movement, which stems from roots in sanguinism, maintains the belief that the Baltimore Ravens are one singular event away from beginning, and maintaining, a dynasty that will rival that of the Ming and Lin. What is this event you ask? Of course, this event, the basis of #HurtFlacco, is that someone MUST HURT FLACCO AS SOON AS POSSIBLE. If Joe “Cool” Flacco were to suffer any injury, such as gout or perhaps a severed right arm, events would be set into motion that would alter the fabric of time itself. An injury to Flacco would usher the oft forgotten Tyrod Taylor into the starting role for the Ravens. Upon throwing one NFL pass, the big wigs of the Ravens organization would realize that Tyrod possesses the quarterbacking capability of a red-headed-step-child, and would immediately kidnap the Miami Dolphins most prized field-goal-kicking mascot (a la Ace Ventura: Pet Detective) in order to broker a trade for Pat “The Future” Devlin.

Pat Devlin’s first NFL move would be to hold a press conference in which he declares his undying love for Angie, the subject of the 1963 Rolling Stones hit single bearing the same name. This unbridled love and passion would lead the Ravens into a realm of greatness the likes of which would put Tom Brady’s bastard child to shame. This concludes my transmission. Thank you.