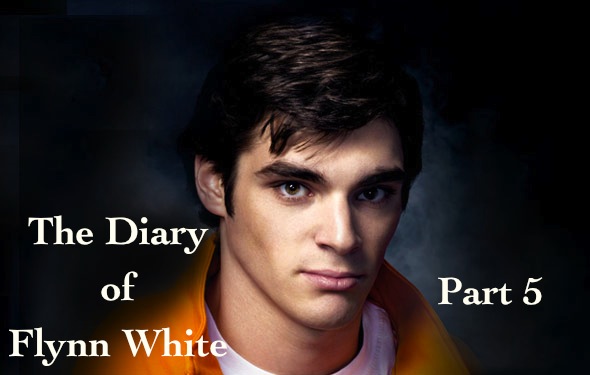 (Please note: These diaristic recaps of the final eight episodes of AMC’s Breaking Bad are written from the point of view of Walter “Flynn” White Jr., the son of Walter and Skyler White. Given this conceit, certain liberties will be taken with Flynn’s characterization, story lines, and awareness of events. Barring the flash forwards, which won’t be included and would amount to little more than pure, stupid speculation, as many scenes as possible will be chronicled in these recaps, albeit tangentially, through the eyes of Flynn.)

Excerpted from The Diary of Flynn White

I have the best news for you. Best, best news. Are you ready? Okay, I’ll tell you. But are you really, really ready?! Okay, okay. Best news: mom is finally letting me work two hours a week at the car wash!!! And not even as a rag man who has to clean the dashboards. ON THE MAIN REGISTER IN THE FRONT. So I’m going to meet all sorts of fun and interesting people with cool formerly dirty cars. Can you tell I’m excited? 😀 Well I am and I was. I was so excited I immediately called Uncle Hank with the news but it went straight to voicemail like he was hatching a plan with a meth cook protege/addict to con a meth kingpin drug murderer cancer chemistry teacher into believing his meth millions have been located and are about to be stolen but really aren’t, implicating the meth kingpin drug murderer chemistry teacher in the meth ring while also leading the authorities to the money as evidence of his wrongdoing. But I’m sure Uncle Hank was probably just working on his mineral (NOT ROCK) collection or his home microbrew (NOT BEER) setup. I left a short voicemail, not wanting to bother him. I’m sure he’ll get back to me eventually. Not like there’s a rush. He has the rest of my life and his!

Called Uncle Hank again today. Still no answer. Hm. All I’m saying is: those better be some handsome minerals and/or refreshing microbrews! And he better not have conned an eminently huggable henchman for the local corrupt lawyer into thinking that his life was in danger as a means to obtaining information that would lead to creating a cell phone JPEG of a buried barrel of money that looks nothing like the actual buried barrel of money, and then just leave the eminently huggable henchman to sit there waiting for someone to come back for him, seemingly for eternity. That would suck. Although Uncle Hank would definitely not die and leave that poor huggable henchman sitting there. Definitely. Oh, well, left another voicemail. I’m sure he’ll get back to me sooner than later. 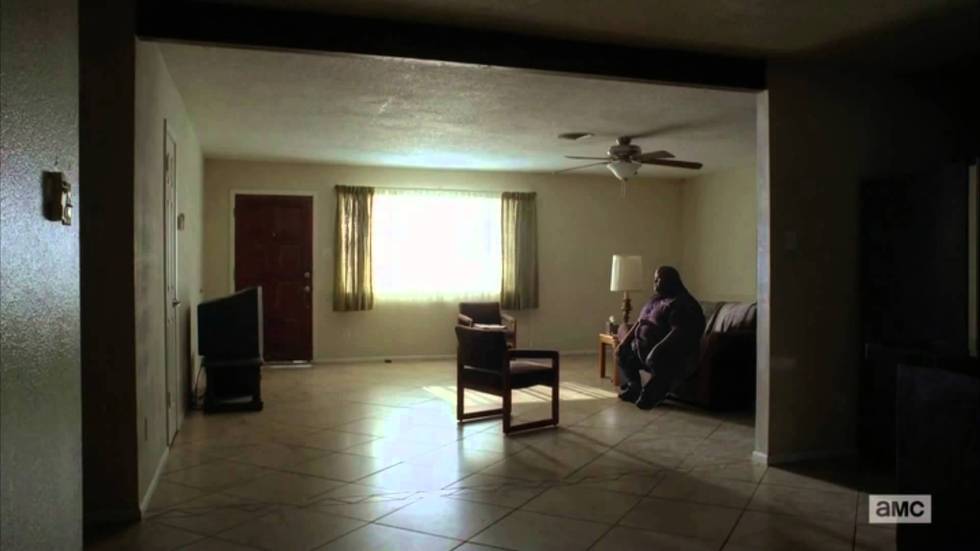 Weirdly, Uncle Hank still hasn’t called. And since Louis is so busy at Los Pollos Hermanos and Holly (my little sister) is a baby, I’ve pretty much told no one about mom letting me work the register at the car wash. STILL. So I called Dad to tell him the news, AND HE SENT ME RIGHT TO VOICEMAIL TOO. It’s as if my dad was conspiring with a group of Neo-Nazis to murder his meth cook protege because his meth cook protege has threatened the safety of his (my dad’s) family, or something. …JK/YEAH RIGHT! Although I shouldn’t JK since Dad’s cancer is back, but soft JK. Anyway, tomorrow is the big day. I probably won’t be able to sleep. It’s Christmas morning the year that Virtual Boy came out all over again! I used to worry that mom would never let me work the register at the car wash, but now I know everything is going to be a-okay.

Itshereitshereitshere. Today is the day. I made sure to get to the car wash on time (three hours early) and made sure to wear my favorite flannel. Mom looked so proud, which made me so happy. I just want to do good in her eyes, and for our family to get stronger every day. Which I’m sure it will! I said good morning, and have an A-1 day to all of the customers to expand our brand. And even dad stopped by say hello and then scramble out like a sociopathic meth murder kingpin of meth death whose money barrels had just been uncovered by his DEA agent brother-in-law. “See ya later, dad!” I said, knowing that I would see him later and everything will be fine. OH AND I ALMOST FORGOT TO MENTION. That lawyer Saul Goodman from the billboards and bus stops gets his car washed at my family’s car wash!!! How do I know this? Because I met him duh. And though he’s not like Stephen Hawking or a Phoenix Sun or anyone super famous like that it’s cool anyway. I’d be very interested in the everyday mischief that goes on around his office every day and even before he started using my parents’ car wash. Wouldn’t you?!?