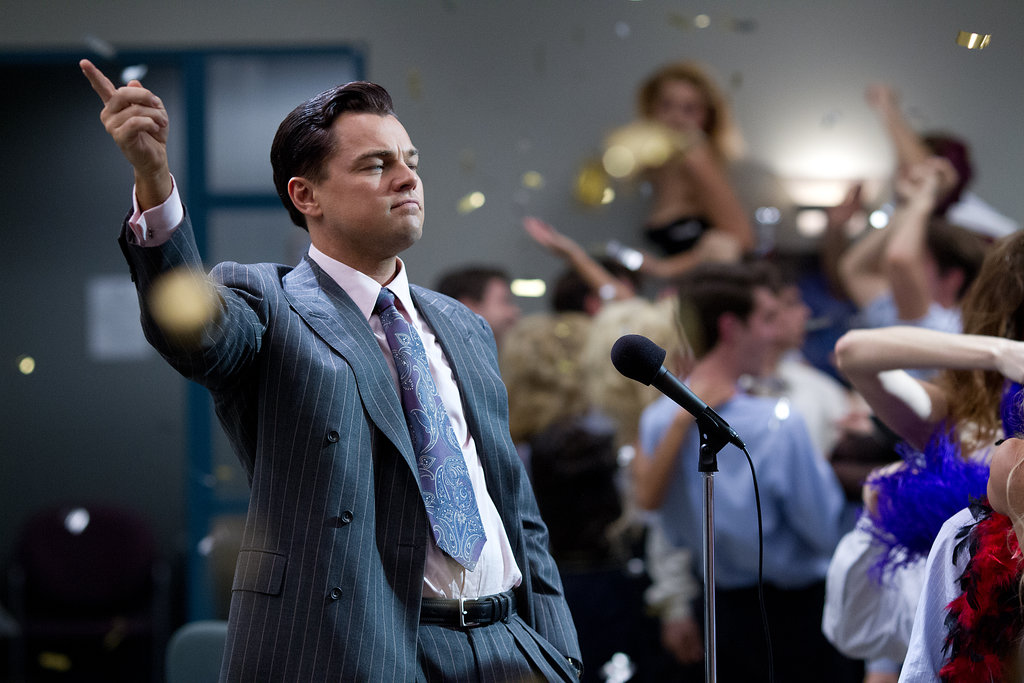 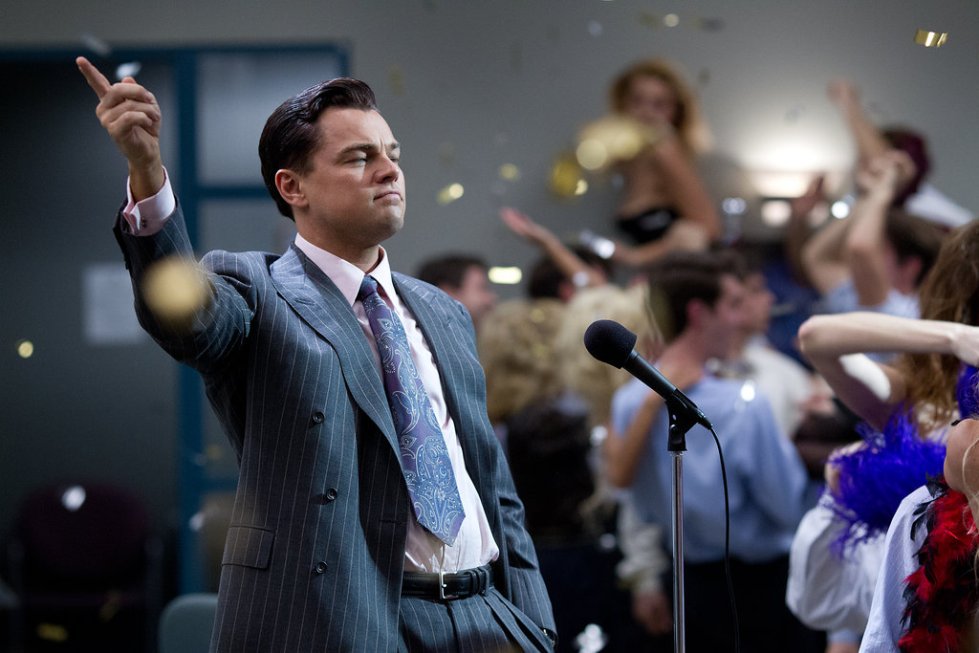 For the consumer, moviegoing is a bad financial investment. The supplier offers zero quality assurance, demands an entrance fee, and requires the incursion of a substantial opportunity cost. In return, the consumer receives the most variable and intangible of goods: an entertainment. Ideally, this entertainment comprises pleasure, diversion, edification, emotional and/or intellectual fulfillment. Conversely and too often though, it involves the antitheses of these aesthetic experiences: sadness, boredom, stupefaction, emotional emptying and/or intellectual dulling. Whatever the case, the supplier gets money, and the consumer gets a subjective experience, which is neither fungible nor salable. One term to describe a commodity that is neither fungible nor salable is “ineffable.” Another such term is “worthless.”

The Wolf of Wall Street has been positioned Internet-wide as a comprehensive indictment of American late capitalism’s (almost) too-numerous-to-enumerate vices. It’s been read as a critique of increasingly unchecked avarice, as a commentary on substance abuse, as an excoriation of commodity fetishism and as a lament for the manufacturing class; it’s been read as an examination of the corruptibility of pure intention, as a finger-wagging appraisal of the financial system, as an excuse for comic set pieces and it’s been read as Scorsese again delving rapturously into the seedy underbelly of the American Dream. Yet these are readings that mistake the chapters for the whole. 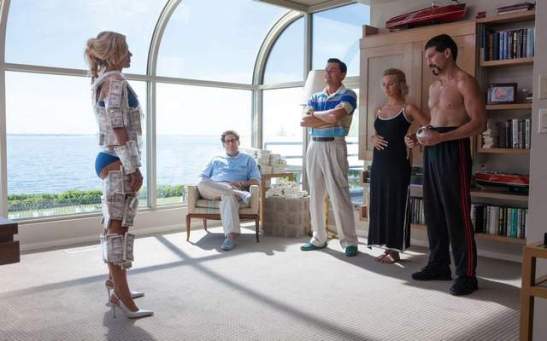 The Wolf of Wall Street is a movie about the empty transaction of moviegoing, about the ever widening distance between perceived and actual value. Its worth as a piece of art arises, paradoxically and bafflingly, from its own worthlessness. That the movie seems hyper aware of this reality qualifies it as masterpiece.

What does it mean, though, to say that a movie is “worthless”? As a technical and visual achievement, The Wolf of Wall Street is on par with any of Scorsese’s longer crime epics. The direction and acting are the expected levels of stellar, representing the best performances of both Leonardo DiCaprio and Jonah Hill. But structurally and tonally, the film is a catastrophe. Scenes overstay their welcome, overstay their overstay, finally strangle their welcome to death. The genre of the movie veers drunkenly, natch, from slapstick farce to family drama, from pitch dark comedy to financial caper. Voice-over and Rob Reiner appear at random, to no explicable end. A CGI yacht sails to a CGI horizon as The Foo Fighters’ “Everlong” plays.  Jordan Belfort debates the cost of velcro-clad dwarf tossing in one scene and punches his wife in the face in another. Characters don’t grow, or change, or have epiphanies. Their actions are depicted with a frenzied elan, but not one that passes judgment either way. These are people who are corrupted instantly, and they modify their lives accordingly to descend deeper into that corruption. The “worthlessness” is a result of how little the audience takes away afterwards. There is an excess of responses to be had during the movie, but it engenders minimal reflection. This is a tall claim for a movie that clocks colossally in at three hours, without credits.

Aside from the movie’s final shot, which stands hammerhead-to-hammerhead with the metaphorical sledgehammer of The Departed‘s final image of the rat, the most telling scene in The Wolf of Wall Street is a botched attempt at exposition by Belfort. Breaking the fourth wall, he starts to explain the process of an IPO to the audience in the theater watching The Wolf of Wall Street. Halfway through, he abandons the explanation, proclaims that “you wouldn’t get it anyway,” and returns to his debauchery. As a microcosm for the film proper, the scene functions perfectly. It makes to instruct, deviates from the expected path, insults the audience instead. This is the movie’s profound novelty: it insults its viewer. This isn’t a mutually beneficial relationship, it’s a hostile one. 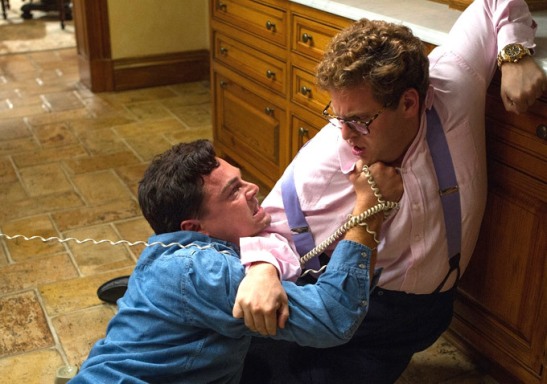 The Wolf of Wall Street wants to take everything from its viewer, it’s never mum on this point. In a cinematic landscape predicated on focus groups and likability, this is a type of artistic revelation. Here is a product of perceived value, manufactured by a trusted brand, that refutes its own value and undermines its consumer’s trust. It suggests that a movie ticket isn’t a government bond, it’s a volatile stock with zero return. And we, as audiences, like it that way. We don’t care if there’s steak or slop in the trough, what we truly derive pleasure from is the act of approaching the trough and dunking our heads. What bigger, scarier takeaway can a movie offer up?

What this represents is a kind of non-substance substance abuse, a horse-pill full of emptiness for American moviegoers. If American society is any indicator, art of substance enacts minimal social change. It only seems natural that art of non-substance should have its chance. So America has a another movie that is as greedy, misogynistic, drug-addled, self-deluded, socially and intellectually backwards as it is. Except in the case of The Wolf of Wall Street, America isn’t being asked to change for the better. America is being told to pay up, fuck off, and die. For a consumer, sales pitches don’t get any more honest.

Strawberry Verdict: 5 out of 5 Strawberries 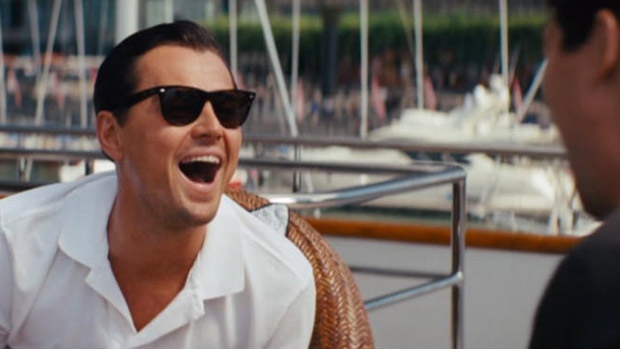