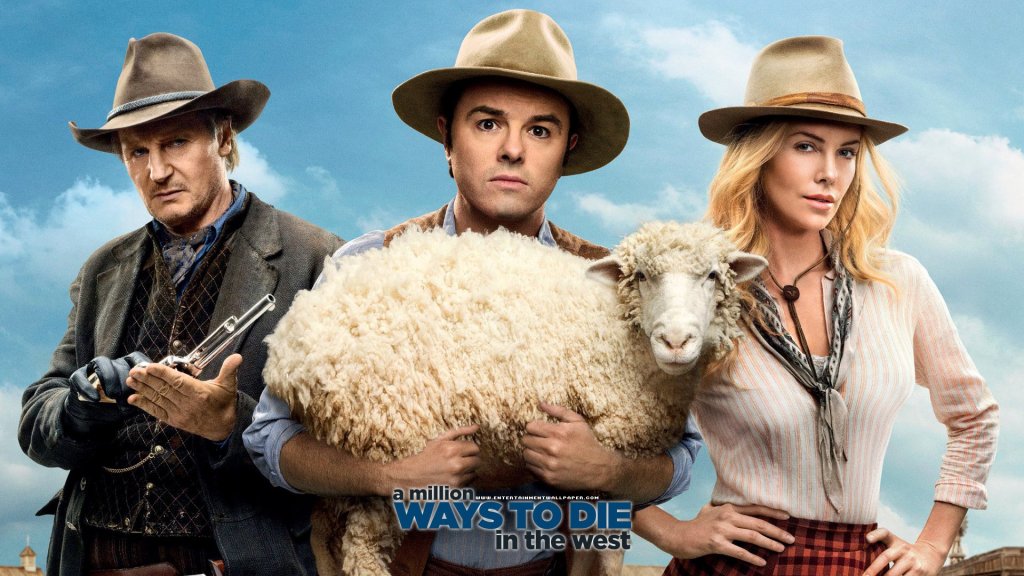 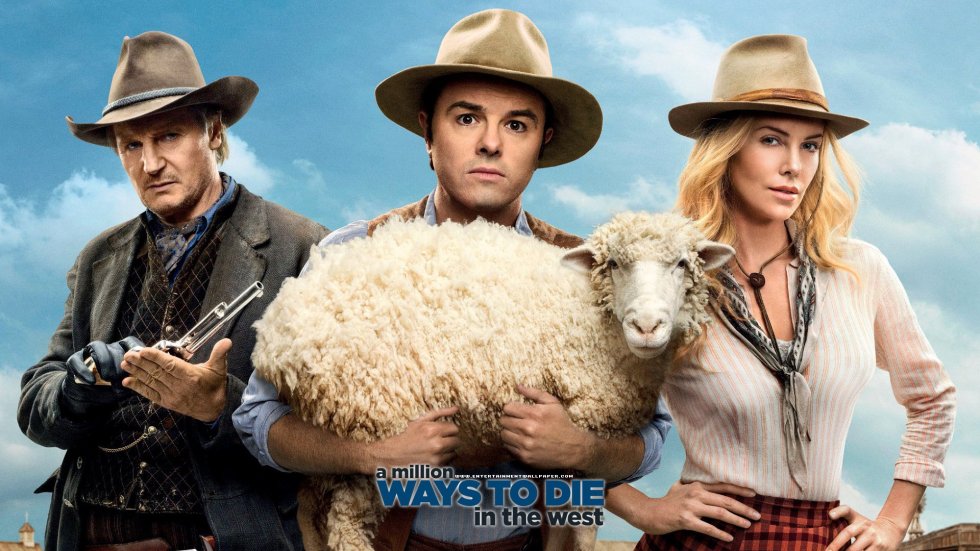 Editor’s Note: I have not seen the Seth MacFarlane cowboy movie, A Million Ways to Die in the West, and I don’t intend to, ever. With that said, I must acknowledge the unfortunate fact that everyone who reads my blog loves Seth MacFarlane and his lazy, racist rape humor. I mean, if you don’t love Seth MacFarlane’s shitty, pandering, juvenile fart comedy, what do you love? (Answer: being un-American.) So to show my readership how much I care, I’ve written a speculative review of A Million Ways to Die in the West without even seeing it. This is what’s known in the blog business as a “win-win.” So saddle up, cowpokes. This here’s gonna be one bumpy ride.

P.S. This review is written from the point of view of a 15-year-old male manatee who writes for Family Guy.

A Preemptive Review of the Seth MacFarlane Cowboy Movie

My name is Jellybeans. I am a manatee.

I used to live in the ocean, near a reef off the coast of Florida. My people called this place OooO, which is the manatee word for home. We called it this because it was our home. For 2,000 generations. That’s what my Grampytee used to tell me. Before he was impaled by a harpoon by The Fox Broadcasting Company, he’d snuggle me close to his jelly roll and tell me, “Sonnytee, our people have swam these fine waters for 2,000 generations. It is our home. It will forever be our home. Nothing in the whole wide ocean can change that.”

In a sad way, I guess my Grampytee was right.

Don’t get me wrong. Things weren’t perfect in OooO all the time. Like sometimes soda rings would get caught in my Sissytee’s whiskers. And I’d have to kind of gently whack them with my flippers till they came out. But the soda rings always came out. Always. That’s about as sad as we ever got.

Now I write for Family Guy. Life doesn’t get any sadder.

There is one upside to being a manatee who writes for Family Guy. Every time Seth MacFarlane makes a new movie, the Fox Broadcasting Company screens it in our tank for free. While this may seem like a punishment, it’s a real treat for us. We manatees spend close to 23 hours a day rolling idea orbs into the Family Guy orb receiver. Any break in that routine is welcome.  Some of us–well, two of us–even liked Ted, Seth MacFarlane’s last movie about a bear. (A bear is a type of furry, land-based manatee.) I wouldn’t watch it again, but I’ll admit I laughed once or twice.

During A Million Ways to Die in the West, I didn’t laugh at all.

Great comedy is timeless, like watching Louie Anderson try on a pair of Spanx in a TJ Maxx co-owned by former Arkansas state senator Blanche Lambert Lincoln (Family Guy S22E41). Bad comedy is timeless too, but in a different way. It’s like the difference between hearing a funny fart and smelling a silent fart. Great comedy is forever funny, like hearing a loud fart. Someone makes a trumpet sound with their butt skin. You laugh. That’s great comedy. It never gets old. Bad comedy is like a stinky, silent fart. You might laugh at how bad it stinks, but you probably won’t. It’s too late, you’ve already smelled it. And now you’re thinking about how you’re a living, farting thing like the things that farted that stinky, unfunny fart. And that thinking is making you want to beat yourself to death with your flippers. And after that you’re just depressed. A Million Ways to Die in the West is the second kind of funny. The silent fart.

AMWtDitW tells the tale of Cowpoke McFart (Seth MacFarlane), a sheep herder who can’t shoot a gun. Cowpoke is depressed because his girlfriend, Susanna Fartington (Amanda Seyfried), has left him for the evil oil baron Gay Fart (Neil Patrick Harris). The first 40 minutes of the movie are him crying and making jokes about fucking his sheep. After that, the evil gunslinger, Fart Slinger (Liam Neeson), rides into town on his farting horse and challenges Cowpoke to a duel. To defeat him, Cowpoke must smoke peace pipe with the Indian Chieftain, Chief Smells Like Fart (Bill Maher), and learn how to shoot a gun from the lovely Lady Fartona Miboobs (Charlize Theron). He does it. Cowpoke and Lady Miboobs get married. Mixed in with all this are 500 lazy jokes about how easy it was to die in the Ol’ West. I am so sad. The end.

If you’re in the mood for a movie that makes you think, “I wish the Fox Broadcasting Company had harpooned me to death with my manatee family,” I can’t recommend A Million Ways to Die in the West enough. If you’re looking for the opposite of that, look literally anywhere else. Back to writing.