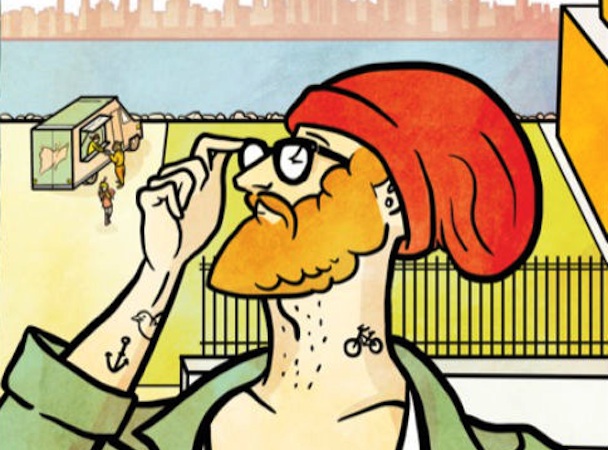 Every story that has appeared in The New Yorker since 2007 is currently available to be read online, free of charge, before the magazine’s site institutes a pay wall later this year. See for yourself by clicking these words. While I’ll never fully support exposing unsuspecting souls to the music reviews of Sasha Frere-Jones or the fiction of Zadie Smith, the rightful democratization of this occasionally invaluable intellectual resource is a cause for temporary celebration. Hence I’ve compiled links to my favorite pieces of short fiction from the relevant time period, as well as my past two entries into the magazine’s Caption Contest. To date, I have failed to place in the contest for the past 350 approximate weeks, going all the way back to 2007, when I first subscribed.

Stories to Mine From The New Yorker’s Fiction Archives

We blinked at him. “What do you mean?” I said. I love that you can ask people what they mean right after they’ve said the most obvious things and almost invariably they’ll assume that they are the ones who’ve failed to be clear and go to elaborate lengths to make themselves understood.

Wagner looked at me, then turned to Eli. “Your friend’s retarded,” he said.

Mawmaw wonders if the mammoth might be scratching itself raw along the fence, but over the next week, looking out the back window, she never catches it in the act. Mostly it just stands there in the heat, breathing heavy. But the hair continues to fall out. One patch of skin looks so rough that Mawmaw takes out her lotion and rubs some on the spot with her index finger.

Jonathan had taken up a new side of his personality, and become the sort of lurking man who, say, at work or at a party, mainly hovers on the outskirts of other people’s conversations, leaning close but not tooclose, listening in while gazing out vaguely over their heads in order to seem distracted and inattentive, waiting for the conversation to wind down, so that he can weigh in gloomily and summarize whatever has just been said.

He was at it again.

He finds himself sitting in the neighborhood bar drinking a beer at about the same time that he began to think about going there for one. In fact, he has finished it. Perhaps he’ll have a second one, he thinks, as he downs it and asks for a third.

Tears leak out from my eyes, but only from the two in my face. The other thousand eyes are closed.

2009: “The Invasion of Outer Space” by Stephen Millhauser

We had wanted monstrous versions of ourselves with enlarged heads on stalklike necks, merciless polished robots armed with death rays. We had wanted noble lords of the universe with kind, soft eyes, who would usher in a glorious new era. We had wanted terror and ecstasy—anything but this yellow dust.

“When that happens, why don’t you suggest they have an abortion?”

He chewed his ice and nodded. “That would shake things up,” he said, “wouldn’t it?”

He looked more like a picture than a man. There were not any ducks in view.