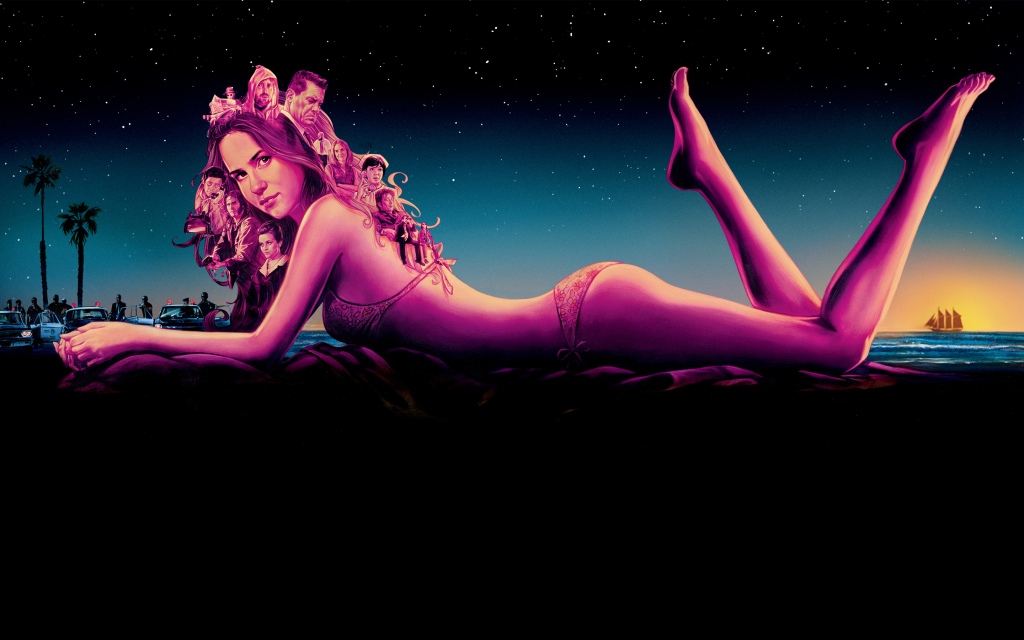 Is genius adaptable? The answer really seems to depend on the compatibility of the geniuses in question. Even across mediums, sensibilities need to align somewhat; if not in action, then in spirit, theme, effect. A faithfulness to source material is often either a minor strength or a major undoing. The Coen Brothers deviated liberally from the plot of Cormac McCarthy’s No Country for Old Men, but they did so while maintaining a fierce loyalty to the book’s intangible elements, its subtle existentialism and modern noir. The respective geniuses of the Coens and Cormac were close enough in frequency to cohere, and as a result the movie is every bit as great as the book, sometimes for vastly different reasons. Unfortunately, these are rare cases. Far more common are mismatched cinematic and literary sensibilities. This is how audiences get subjected to Mike Nichols’s overstuffed Catch-22, James Franco’s As I Lay Dying, and the soul enema that is Baz Luhrman’s The Great Gatsby. At its most conservative, adaptation remains a risky artistic business, though there is some prevailing logic. That logic boils down to this: who better to adapt the work of a genius than another genius?

The new Paul Thomas Anderson film, Inherent Vice, is the latest instance of genius adapting genius. That the literary genius in this pairing happens to be Thomas Pynchon should and shouldn’t give pause, since Pynchon’s novels regard adaptation the way rabid dogs regard exposed throats. (Which is to say, hostilely.) His books are dense, aggressively plotless and infinitely referential, a lot like listening to the internal monologue of the world’s highest functioning burnout. (I have, of course, read everything he’s ever written, obviously, but no one who prizes sanity or happiness should do the same.) It’s surprising enough that a working Hollywood director read a Pynchon novel–Brett Ratner prefers Alexander Theroux–but mounting an adaptation is the type of info that works the brain like August sun works ice cream. (Which is to say, it melts it.) At the same time, this is the best American director of his generation adapting the most adaptable novel of an author’s entire oeuvre. If any director could adapt a Thomas Pynchon novel, it would be Paul Thomas Anderson adapting Inherent Vice.

Alas, Inherent Vice is far less than the noble failure it might have been. By a large margin, it is the worst film Anderson has ever made, though the blame is not entirely his to bear. From conception, the inherent problem of Inherent Vice the film is that Pynchon’s most adaptable novel also happened to be, along with Vineland, one of his worst. Perhaps purposefully so, the novel was bottled as Diet Pynchon, a collection of everything Pynchon does well done not so well, on a smaller scale. As a protagonist, Larry “Doc” Sportello is neither as endearingly paranoid as Oedipa Maas in The Crying of Lot 49, or as richly symbolic a PI as Maxine in Bleeding Edge. Mason & Dixon is a far better love story; V. a deeper investigation into place and time period. Making matters worse, Anderson miscasts these deficiencies as strengths, stays much too faithful to the text throughout. Joanna Newsom’s voiceover regurgitates whole paragraphs of text like a doped-up audiobook. The consciously meandering plot is made tedious by overlong dialogue and sedated camerawork. Worst of all, the lush largesse of Anderson’s visual language, deployed in There Will Be Blood and perfected in The Master, exists at painful odds to the zaniness and freneticism of Pynchon’s story. One leaves suspecting the material would have been better served by Gaspar Noe, Leos Carax, or the other, corduroyed Anderson, Wes.

There are, by sheer virtue of the film’s length and number of scenes, instances when Inherent Vice is bafflingly, frustratingly successful. A distressed wife explains how she met her missing husband, by throwing up a bag of heroin onto his boner while he took a shit. Doc Sportello visits a Pussy Eating parlor, gets knocked unconscious, wakes up next to a dead body in the desert, surrounded by cops. Josh Brolin kicks down Doc’s door and eats a pound of marijuana while Doc looks on, crying. You can, in these scenes, see how Pynchon influenced Anderson, how Tom Cruise’s perversity in Magnolia and Philip Seymour Hoffman’s closing serenade in The Master were, undoubtedly, Pynchonian. But these glimmers are few and far between; their light is drowned out by the enormous shadow Anderson believes his source material casts. May the next Pynchon adaptation be left to another, less reverent genius.

Final Strawberry Verdict: 2.5 out of 5 Strawberries