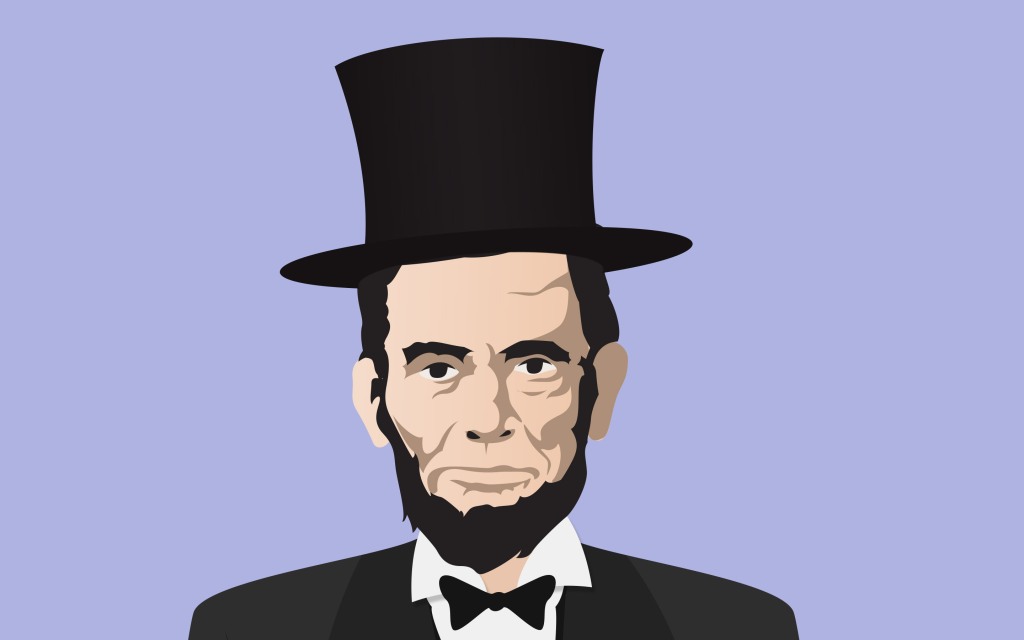 Lovers of George Saunders, your long national nightmare is finally over. After 25 years of publishing his signature brand of off-the-wall short fiction, this master of the short story has delivered unto his fans “Lincoln in the Bardo,” an expectedly quirky (and unexpectedly long) debut novel of the Civil War.

Mr. Saunders takes, as his jumping-off point, the death of Abraham Lincoln’s beloved 11-year-old son, Willie, who succumbed to typhoid fever on Feb. 20, 1862, and the grief-stricken president’s visits to the crypt where his son was interred at the Oak Hill Cemetery in nearby Georgetown.

A ghoulish Greek chorus takes turns narrating Willie’s woeful time in the “Bardo,” a type of Buddhist purgatory between death and rebirth, where the young typically don’t hang around for long. Each of the ghosts at Oak Hill has his or her own sad song to sing, and Saunders blends their distinct voices into a perfectly pitched dirge of national and personal grief.

About a fifth of the way through “Lincoln in the Bardo” (Random House), there occurs one of those moments that collapses the imaginative distance between irony and earnestness, experimentalism and realism: the bereaved President Lincoln descends to his son’s tomb and, taking the boy’s body in his arms, enters into meaningful communication with the dead. This particular exchange, seen from Willie’s point of view, speaks to Saunders’s canny ability, honed in his short stories, to reveal a character’s essence in the minutest bit of action, in butchered idioms, social miscues, and astray thoughts, as if his authorial eye were some future hyrdoponic light that brings his characters instantly to bloom. Though no words, of course, are exchanged between Lincoln and his deceased son, the president leaves mysteriously altered, the bruise of his grief having not disappeared but changed in its coloration and ache.

I really wanted to like this book but, it wasn’t what i thought it was and sucked. Zero Stars!

The novel intercuts facts and semi-facts (culled from books and news accounts) in a collage-like narrative with some ghost stories of Mr. Saunders’s imagining, allowing a chorus of disembodied spirits to describe Lincoln’s visits, while babbling on about their own regrets and misplaced dreams. The sometimes nasty accounts of history contradict each other to the point of parody (even Lincoln’s physical appearance is up for debate), bringing us back to the moment when the crack of our national divide became an unbridgeable fissure.

The dead’s corpse-like unwillingness to move on speaks to the enduring power of psychological pain, while Saunders’s stylistic gumption pushes the form of the novel to its limits. On the page, the prose more resembles a script or play, while its effect and scope belongs to the novel and its arrangement to an oral history. But quickly “Lincoln in the Bardo” teaches us how to read it.

This abrupt swerve away and around convention, which takes a few pages to acclimate to, offers as good an example as any of the originality and power of Saunders’s first novel. Instead of concentrating on a single consciousness, the writer jumps like an overzealous louse from one narrator’s head to the next, until their disparate voices merge into the singular voice of the novel and, by extension, the diverse and divided nation it depicts. It is rare to see the gifts of a short story writer transposed so seamlessly to the long-form; the novel repurposes the pleasures of Saunders’s shorter fictions without sacrificing their immediacy. We barely leave the cemetery. We aren’t provided the information to separate the factual accounts from the fictional; likely to suggest that, in a country of conflictual realities, such distinctions aren’t necessary. In an age of prolific categorization, Saunders resists in his prose and his thought, marrying Eastern mysticism with Western history, the death of a single child to that of many thousands, the novel to multiple forms of the written word; so consummate is his dedication to upend the novel, he seems to have restored its sense of balance.

Though there are moments of dark humor in some of the ghost stories here, “Bardo” definitely falls into the more introspective part of that spectrum. In these pages, Saunders’s extraordinary verbal energy is harnessed, for the most part, in the service of capturing the pathos of everyday life — as experienced by the spirits of the dead, remembering missed opportunities; by Willie, as his life slips away and he enters the limbo of the bardo; and by Lincoln, as he struggles to come to terms with his son’s death and the devastation of a war that is ripping the country apart.

This was all about death and grief.

The spirits of Oak Hill Cemetery present a ghoulish gallery of desiccated lives, minds dehydrated until all that remains are the central anxieties and preoccupations of their lives above ground. It’s impossible to tarry with these spirits — some comic, some tragic, all grotesquely distorted — without reflecting on the pathetic concerns, desires or offenses that each of us allows to eclipse our time on Earth.

As the beyond, literally and figuratively, calls to Willie, who is incased, surreally, in a constricting carapace, the novel presents each character a path out of their respective purgatories. Stories of self-transcendence are commonplace in both realist and fantastical fiction. But Saunders tells a new story about communal unburdening. Lincoln and his son helplessly part company, but their parting imbues Lincoln with the fortitude and assurance to lead his countrymen out of the violent stasis of war. For the many narrators, the example frees them of their cumbersome weights and memories of the past, wounds and traumas borne from those of their nation. The lesson seems consciously literary in its method of delivery, unviolated by time and space, life and death, as words on a page. The dead have things to teach the living, who shouldn’t hesitate to return the favor.

In fact, it is Saunders’s beautifully realized portrait of Lincoln — caught at this hinge moment in time, in his own personal bardo, as it were — that powers this book and attests to the author’s own fruitful transition from the short story to the long-distance form of the novel, this more perfect union between a writer and his form.

I found myself losing interest after the first hundred pages and didn’t want to finish it.

Not for me, and to be honest it probably isn’t for you either.

A luminous feat of generosity and humanism.

I was very Disappointing.

But now in the pages of this fantastical book, rooted in the soil of a cemetery and watered with the blood of so many Americans, the messages of “Lincoln in the Bardo” feel harder won and more necessary.