If gentrification is nothing more than white supremacy for liberals, then Lena Dunham’s HBO series, GIRLS, may be the phenomenon’s urtext. Set primarily in Greenpoint, Brooklyn, the show follows four twenty-something female protagonists–Hannah, Jessa, Marnie, and Shoshanna–as they flit between girlhood and womanhood, friendship and hateship, arrested development and coming of age. Positioned, at the onset, as a Sex & the City for the millennial generation, GIRLS proved over its six seasons to be Sex‘s antithesis, a withering referendum on one myopic woman in place of a revolutionary treatment of female friendship and sexuality. Within and without the show, Dunham whitewashed the fictive space of New York City, relegating its diverse narrative possibilities to the wings so that her own shallow personal experience could take center stage. In the process she created luxury condo art for the prefabricated condo mentality, for the Bed-Stuy baristas and Etsy entrepreneurs dense enough to mistake erasure and homogenization for culture. In a just society, the GIRLS finale would be the last anyone heard of Lena Dunham, but the last place we’re living is in a just society. Donald Trump is president. GIRLS ran for six seasons. Hell is empty, and Lena Dunham, in some form or another, is here to stay.

Inasmuch as they typify a culture in decline, the similarities between Lena Dunham and Donald Trump are stark, their influences running parallel at opposite ends of the political spectrum; both are gentrifiers of the mind in their way, two pincers closing around American culture’s neck from either side. Like Trump, Dunham is a New Yorker by virtue of her place of birth and little else, a dimwit made prominent by a windfall of inherited capital: in Trump’s case mostly financial, in Dunham’s case mostly cultural, but each exists as a testament to how the financial and cultural go increasingly hand-in-hand today. Both were born to prominent New York families, but insist on painting themselves as self-made; both employ their closest friends and confidants, but are hostile to any claims of nepotism; neither of them is capable of processing criticism aside from complete deflection, and both of them are likely incestuous sexual predators. That Dunham figured so prominently into Hillary Clinton’s failed campaign becomes less surprising when viewed through this lens. She, like Trump, is an ambassador for an empty brand, a seductive but hollow promise. Perhaps better than anyone, Lena Dunham understood the dangers of granting power to someone like herself. 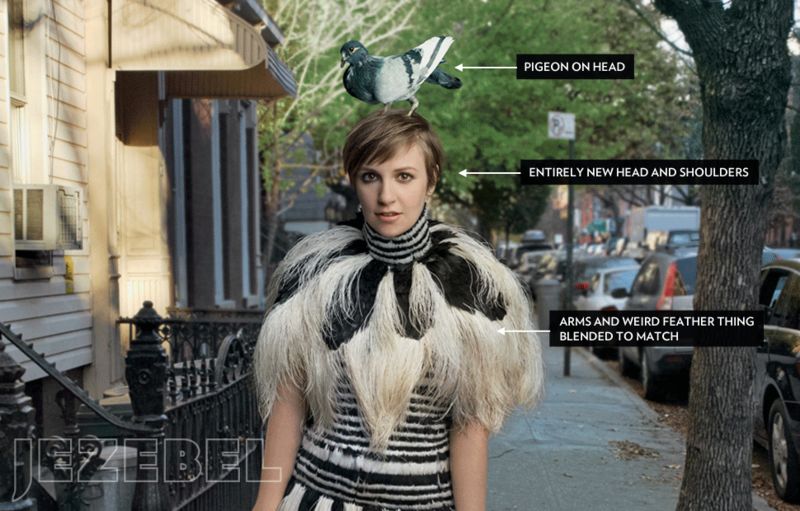 In terms of her art, GIRLS has more seasons than it does high-quality episodes, but the earliest parts of its run weren’t without potential, an opportunity for a false, juvenile idea of New York to evolve into a more adult truth. There were, however, structural barriers to this prospective arc, namely that GIRLS mines the life of a creator with a pin-narrow experience, assigning the story of a Brooklyn striver to a wealthy Manhattanite for whom striving was superfluous. The show reflects this marring dichotomy throughout, bestowing prestige jobs on Dunham’s surrogate character, Hannah, seemingly at random, a trend whose repetition holds the aspirant creative class in open, confounding contempt. Dunham’s character receives book deals by accident, teaches at a reputable high school without any qualifications, applies and garners acceptance to the most storied writing program in the country on a whim. Hannah’s rise through the ranks of the literary world is accounted for only by secondhand accounts, other characters attesting to the undemonstrated greatness of her writing and mind. Couple this with GIRLS‘s unsubtle distaste for its other female characters–for Marnie’s vapidity, Jessa’s impetuousness, Shoshanna’s superficiality–and what remains is a creepily conservative, patriarchal vision of the female millennial experience. All of Hannah’s prettier friends are intellectually lesser and suffer for it, while her brilliance allows her to transcend their cumbersome influence, culminating in the quintessential faux-feminist liberal accomplishment: an adjunct professorship and a baby.

Two comparable episodes from the series, “One Man’s Trash” and “American Bitch,” are illustrative of the show’s devolution, its rarely glimpsed strengths, persistent flaws, and the critical discourse‘s inability to differentiate between the two. The first, “One Man’s Trash,” from the show’s second season, finds Hannah Horvath engaging in a one-day affair with a handsome Brooklyn doctor, played by Patrick Wilson. The episode is, for the most part, pure wish fulfillment for Dunham: Hannah and the doctor play naked ping pong, explore his lavish brownstone, sleep together then part ways. It’s all the worst aspects of GIRLS–privileged, shallow, far-fetched, plotless–condensed into 29 minutes. But whereas every other episode of the show insisted that Dunham was a voice worthy above all others, acting as proof of her worth as an writer, director, and actress, “One Man’s Trash” seemed expressly about Dunham’s profound limitations as an artist, how GIRLS brings her pathologies to the fore in a way that is constructive neither for her or her audience. Her time with the doctor offers Hannah no epiphanies, and we’re left to consider if GIRLS, as a container for her deepest thoughts and fears, can ever be epiphanic for anyone. The episode is the show’s most divisive, and also its best, the lone time it seemed to acknowledge its terrible truth: that GIRLS, not The Real Housewives, was the real Trash TV, treasurable solely to the woman who created it.

“American Bitch,” aired as a part of GIRLS‘s sixth and final season, assumes the same structure as “One Man’s Trash,” but presents none of its strangeness or interpretability, welcoming the viewer into an identical fictional space without any of the former’s personality or accents. Once again, the setting is a wealthy older man’s Brooklyn apartment, where Hannah has come to interview Chuck Palmer (Matthew Rhys), a novelist accused of sexual misconduct by multiple younger women. Hannah damns him, reconsiders him, lays with him. He places his penis on her leg, later makes her listen to his daughter play the flute; the takeaway here is that Palmer, like his accusations, is more complex than he seems. But that complexity comes across as a strangely closed system, especially when compared to the open one of “One Man’s Trash.” The contrast demonstrates the enervating change over the course of the show, a transition from early uncertainty to dull, wrongheaded certitude. Smart self-interrogation was replaced with simple, unquestioned self, a damning proposition when that self is Lena Dunham. Emily Nussbaum called the episode “scathing and timely.”

In the first episode of GIRLS, Hannah tells her unconvinced parents, “I think I may be the voice of my generation. Or at least a voice. Of a generation.” The ultimate failure of GIRLS lies at Dunham’s feet, but some blame should be reserved for the culture at large, the gatekeepers who handed her a megaphone and every other millennial mouth condescension and duct tape. The years since GIRLS premiered have yielded better treatments of 2010s New York City, deeper explorations of the millennial character, but, distressingly, none of them have come close to rivaling the interest that attends Lena Dunham’s half-hour trifle. Whatever drama, humor, or psychological insight girded the first two seasons of GIRLS became shakier with each successive one, facsimiles among rehashes among earnest self-parody. Despite mounting evidence to the contrary, GIRLS asserted its worthiness to the very end, recasting its blemishes as beauty marks, replacing a flickering light in its wine fridge instead of its crumbling foundation. The whole ordeal would be quite sad, if there weren’t actual sad things to mourn. In the end, Lena Dunham suffered the fate of all up-and-coming neighborhoods: she gentrified the character right out of herself.