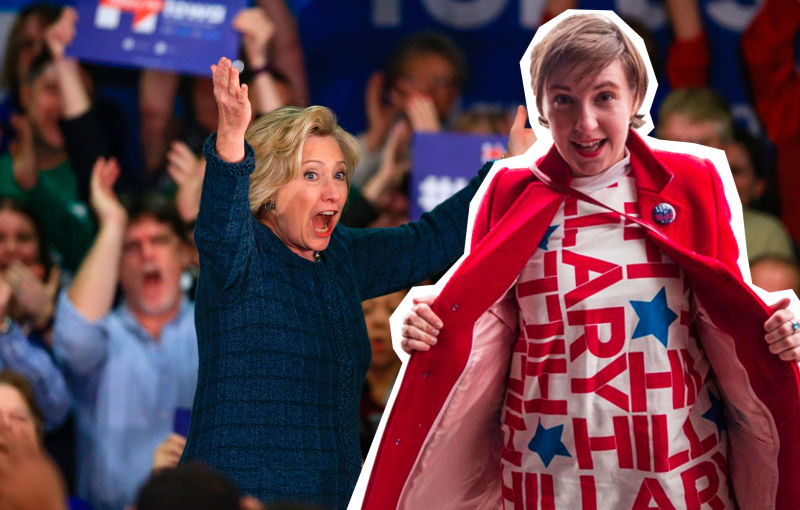 While Lena Dunham has always insisted that she is not Hannah Horvath, her fictional alter ego on GIRLS, she has never publicly distanced herself from Aura, the protagonist of her Criterion-approved debut film Tiny Furniture. Dunham launched her career of oversharing by filming Tiny Furniture in her parent’s own spacious yet claustrophobic Tribeca loft, casting her own mother and sister–Laurie Simmons and Grace Dunham, respectively–to play Aura’s family. In the film, Aura has just moved home after graduating from Oberlin (the alma mater of both Dunham and her GIRLS character), and is struggling with typical post-graduation issues, such as putting her film degree to use.

Aura’s mother is a successful artist, known, like Laurie Simmons, for her photographs of miniature objects. During one high-pitched argument, Aura contrasts her ease of success with a list of millennial challenges, namely her spotty love life and poor employment prospects. “I don’t know if you know what it’s like to have a job,” Aura yells. “Did you ever have a job that wasn’t just taking pictures of stupid, tiny crap?” Her mother shakes her head and says no.

It’s a question many recession-era graduates have asked their parents, albeit with less artistic specificity. Dunham herself faced a tough financial ultimatum from her parents after graduating from Oberlin: they would either pay for grad school or finance her first film. In retrospect, her folks got a great deal–Tiny Furniture’s $65,000 budget is significantly cheaper than a year at the Tisch School of the Arts. Dunham, of course, has a right to have her slightly-fictionalized self ask that question, no matter how bare her own LinkedIn may be. But the hunt for employment did act as a narrative engine for GIRLS, and as Dunham moved further from auto-fiction and memoir (her and Hannah’s preferred genres), her and her collaborators’ fundamental clear unfamiliarity with labor proved to be the show’s undoing.

Enough has been written about how Hannah could never get the college teaching gig that plucked her from the bowels of Greenpoint and dropped her in a dreamy cottage upstate with health insurance for a baby named after a Muppet. Plenty of shows hand-wave away important details like jobs and apartments, and Girls itself has followed Hannah through a fantasia of implausible employment opportunities, but something about this specific teaching position gave pause to just about every GIRLS commentator (acolytes and haters alike). Besides the benefits (which Hannah seemed less excited about than the snack room at GQ), the fact that she received the job almost on the spot, with no advanced degree and a paltry portfolio, broke the suspension of disbelief for those who had sat on their hands through Hannah’s ebook deal, her various story assignments from high-profile magazines, her previous improbable teaching position, and her acceptance to the Iowa Writers Workshop.

Getting any job like this takes work, and it would be false to claim that GIRLS doesn’t depict unglamorous work. Marnie was once shown working as a cocktail waitress. Jessa nannied. Elijah sold clothes. Hannah and Ray poured coffee. Shoshanna did something in Japan. That said, GIRLS also highlighted the more glamorous work that the characters strived for. Marnie kind of toured as a musician. Elijah was cast as the lead in a Broadway musical after one audition. Hannah wrote articles for Jezebel and got to expense a surfing trip to the Hamptons. Shoshanna did something in Japan.

What is never shown is the work between the day job and the dream job. GIRLS never dramatizes the labor behind the labor, which should not be construed as “emotional labor.” Getting a creative job or an academic position requires countless hours of work. Hannah is never seen putting together a portfolio or struggling to layout her resume on InDesign. We see a handful far-fetched interviews, but not the hundred of applications that receive no response, the rejections that pile up when there is a response, the onslaught of discouragement and debasement nearly everyone must endure to succeed in the creative arts.

At the end of the series it seemed like we would finally see Hannah doing some sort of labor, since she would literally be going into labor, but Dunham & Co. mercifully spared its audience from Hannah’s inevitable perineal tear. Hannah’s entire pregnancy was (almost) as implausible as her eventual college teaching job. From getting her hands on Riz Ahmed’s sperm to choosing to keep the thing (only months after Dunham’s notorious abortion tweet), the pregnancy made little-to-no sense for the character that viewers came to know and despise over six seasons. 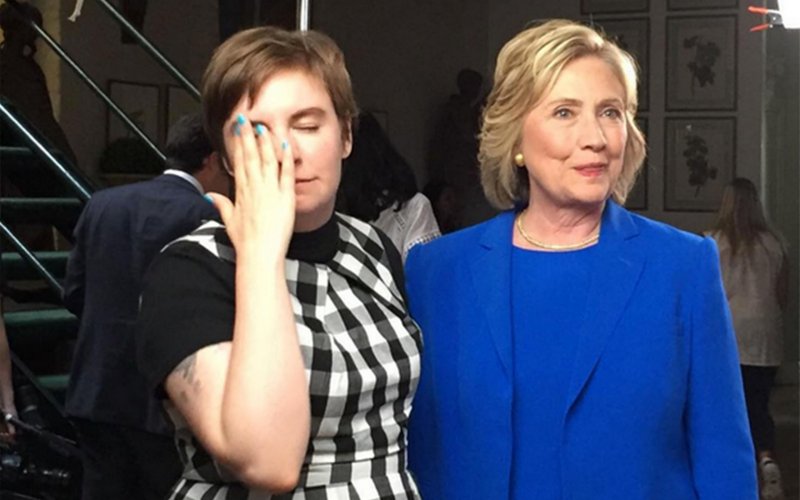 However, the depiction of the pregnancy itself remained totally in line with the series’s portrayal of labor. Pregnancy is hard work: (sexually) mentally, physically, emotionally, not to mention financially. It’s puzzling that a show so focused on women’s bodies, particularly their unpleasant and painful aspects, would glide over the physical changes and work inherent with carrying a child. GIRLS spent a lot of time on women’s health before, but completely avoided prenatal care once Hannah was knocked up. The closest anyone came to acknowledging the corporeal or existential implications of the pregnancy was when Adam urged Hannah not to drink soda, which she dismissed as patriarchal body policing.

Lena Dunham doesn’t have a baby. She’s made it more than clear that she wouldn’t have one at this point in her life, and inseminating Hannah Horvath may have been one final attempt to distance herself from her creation. Instead she exposed another huge blind spot at the center of her worldview and her show’s. We don’t see Hannah’s pregnancy because Lena Dunham doesn’t know what pregnancy is like, just like we don’t see the hard work of labor because Lena Dunham has never done it.

Alex Weisler lives and works in Montreal, Canada. He tweets at @realAlexWeisler.