Will Zurich is one of my best friends, and another fifth of the Todd Road Dynasty.  Like the rest of the Dynasty, Will exudes sexuality, class, and has no idea who Ryan actually is.  He is not only the Dynasty’s truest romantic, but also plays pronounced counterpoint to each of the troupe’s respective members.  The pragmatism to Kyle’s derangement.  The veracity to Ryan’s deception.  The optimism to Georgie’s doom.  The resigned to my brazen obnoxious.  Athletically, Will is my greatest rival.  Our marathon tennis matches are the stuff of Todd Road lore, and the impetus behind scores of busted rackets, lungs time and time again singed from frustrated ululations.  Many of his signature catchphrases were born on that rippled composite.  Dive bombers.  Minors.  Never gets old.  Yet, more than any word can speak, the sound that best clings to my memory of those toasty nights of directionless youth is Will’s laugh, so impossibly like any other, part maniacal villan, part avuncular gaiety, a full-body exhortation that compels you to join in, coerces your throat muscles into gallops of delight, and when you oblige him, you feel much better.

WZ: Sitting on my Dad’s lap while riding around on our tractor, making it appear as if I was the one driving.

WZ: I’d say black bear.  They’re strong, fast, smart, family-oriented.  Or a dog, if they could contribute fiscally, like a show dog.  I change my answer to show dog Airdale Terrier. 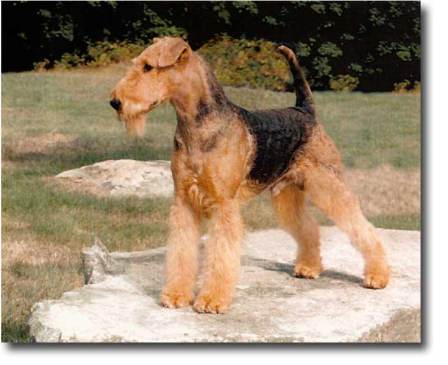 CP: What is the worst advice you ever received?

WZ: “You should try steroids,” from anonymous.  I never took that advice.

Note: The worst advice I ever received was also courtesy of Kyle Kraig.  “It isn’t drunk driving.  It’s driving while having fun.”

WZ: I never took his advice.

WZ: I Feel Home by O.A.R.. It’s a simple song, but it always makes me feel good.  The lyrics seem genuine.  For the record, there’s only a handful of O.A.R. songs that I like.

Note: Even a handful is one handful too many.

CP: My name is Will Zurich, and my greatest video game achievement was ______.

WZ: Beating Halo on Legendary or beating Ocarina of Time.  Both of these achievements I share with Ryan Rudnicki.  Both games consumed days of my life, but were well worth it.

CP: Who is Ryan Rudnicki?

WZ: No one actually knows.  Some say a Russian spy.  I believe he is a shape-shifter.

CP: I’m part of the school that believes that Ryan is a figment of our collective imaginations, or that we are a figment of his.

CP: What line of work were you in?  Cobbler?

WZ: No.  I like to dress up.  I’m thinking I owned an upscale suit store.

CP: My name is Will Zurich and I just won a billion Canadian dollars, I’m totally going to _______.

WZ: Pay off any and all debt for my family members, buy a place in New York, California, as well as various timeshares internationally,  buy a nice 40 foot fishing boat, a few cars, and donate to a few charities.   With the remaining money, I’d put 70% in a savings account, 30% in the various stocks, bonds, life insurance.

Note: As if any money would remain.

CP: My name is Will Zurich, and if I garnered the power of invisibility for one day, I would_____.

WZ: What should I have said….rob banks and spy on Jessica Simpson?

WZ: Seasonal flu.  Alcoholism.  That’s two.  You only get two.

CP: What television show do you hate the most?

WZ: Meet the Browns.  When I was unemployed and watching a lot of tv, it took over Home Improvement’s time slot on TBS.

CP: What is your dream job (This excludes event planner.)?

WZ: Part Owner of Oxogym…I would really like to own a Gym with my friends , or a upscale suit store, as in my previous life.

CP: What aspect of homosexuality do you most envy and why?

WZ: I suppose they dont have to deal with nagging wives.

CP: Women are prone to, be shoppin.

WZ: And homosexuals don’t have to witness the female aging process, which is mortifying.

CP: You have been elected The President of the United States in a landslide win over Rico Caruso in the 2016 election.  What policies would you enact?  Which would you discontinue?

WZ: I would allow homos to start serving in military immediately, institute a ban on pharmaceutical commercials.  They are immensely boring, give people the excuse to question their doctor’s advice, add to the growing addiction problem, and creates the idea in people’s minds that if they don’t like to work, or are tired, that there is something wrong with them.  I would undo Obamacare, and instead reform the healthcare situation in a clear, properly planned-out, fiscally responsible manner.  Then I would tax and sell marijuana.

Note: Whether Will would legalize marijuana or simply become a drug dealer isn’t clear.

WZ(cont.): I’d move more in the direction from a graduated tax to a flat tax.

CP: What piece of furniture best describes you and why

WZ: Shelves. They are supportive and strong.

WZ: Not at this point. There’s still so much to happen in my life.

CP: Redo one moment of your life?

WZ: I dont think so.  Every moment, favorable or otherwise, has shaped me into who I am.  That’s a homo answer.  I’m sorry.

CP: What’s your favorite activity to do with Kyle Kraig?

WZ: When I drink with Kyle. That should be everyone’s favorite activity, ever.

WZ: You don’t need a weatherman to know which way the wind blows.