Austin “Ausar” Sardoni is the son of Gene “Genesar” Sardoni, the brother of Taylor “T” Sardoni and Bre “Bresar” Sardoni, and the grandson of Phyllis “The Original” Sardoni.  He is sixteen-years-old.  Simple existence at that destabilizing, transitory age takes bravery enough, but, in doing this interview, Austin has displayed something beyond that.  He has shown the brazen confidence of youth and the sureness of his unsure self.  Baring your innermost is dicey business at any age.  At sixteen-when one’s identity is at its most nebulous and in-flux-that business is plainly self-destructive.  When I was sixteen I was an absolute moron, but I had to be.  I know that now because of what I didn’t know then, and, one day, Austin may look back and regret every word transcribed here.  Aloud, his words may grate his aged ears with naivety.  Read, they may seem indecipherable to his aged mind, blurry even to the profoundest aged squint.  Or, one day, Austin may look back and regret every word transcribed here, save one, single word, and in that one word he will see the man he has become, was becoming, is.

AS: I was in my living room and my brother was walking up the stairs crying because he lost in a game of Mario Kart 64. I think that was the day I knew God wasn’t real.

AS: Crab.  I tell all of my Spanish teachers to call me Sebastian after the cartoon crab in the Little Mermaid…… and Crabs are also pubic lice.

CP: What was the worst piece of advice you ever received?

AS: “You are allowed to do whatever you want.”

AS: I last listened to “Earl” by Earl Sweatshirt. Emotionally, I felt satisfied.

CP: My name is Austin “Ausar” Sardoni, whilst sampling beats in my basement, I stumble upon a video game controller that affords me complete control over any human being I choose.  I immediately ______.

AS: take control of the one they call Dane Cook and force him to hang himself in Times Square. The scene would be televised by Fox News.

Note: For whatever reason, Sardonis have an fierce aversion to the popular comedian Dane Cook.  Partly, I can empathize.  Like all people that can read, I find Dane Cook off-putting at times and far less funny than he is perceived to be.  I also acknowledge that much of what I dislike about Dane Cook stems from the zealotry and bovine nature of his audience, a facet of his comedy that said comedian has no outward control over.  To be liked allows some wiggle room, to be worshipped is a burden.  For a comedian, this is doubly unsettling, as Dane Cook must provide comedy to an audience that will laugh regardless of whether or not the joke is funny.  Simultaneously, this alienates those with an actual taste for and appreciation of comedy.  As with the Sardonis, it becomes very difficult to enjoy Dane Cook.  To like him is to be part of that automated mass of fandom, to align oneself with the insubstantial, the shallow, the simply dumb.  However, Dane Cook’s Burger King routine is easily one of the top ten funniest stand-up routines of all time, and, on virtue of that alone, I’m not afraid to say I like him.

CP: My name is Austin “Ausar” Sardoni, and my greatest video game triumph was ______.

AS: Two years ago, I was playing NHL 09 online and my opponent left the game.  Later, he messaged me saying, “sorry, your too good for me [sic].” That felt pretty good. Definitely made my day.

AS: I don’t believe in reincarnation. R.I.P.  Carmela.

CP: My name is Austin “Ausar” Sardoni, and I just won a billion Canadian dollars, I’m totally going to _______.

AS: give NONE to charity. AT ALL. Probably give a little to Taylor so he can finally do something with his life. I would also get McG out of France. Scratch that. I would use it to keep McG IN France. I would want to keep enough for myself just so that I can get all of the attractive teenage girls in my school.And buy all of the happiness I can. And I would want to buy all of the friends that I can. Especially the ones that are good looking and can get people to like me. I would then buy awesome clothes to help me get these friends. I’d also probably drop out of High School and live off of the billion. Yesterday I eavesdropped on my brother and my mother talking about me and she said, “I just hope he can handle himself in society.” However, as a billionaire, I wouldn’t need to follow society’s broken rules. I would live in a mansion alone. I would probably take Ariel. 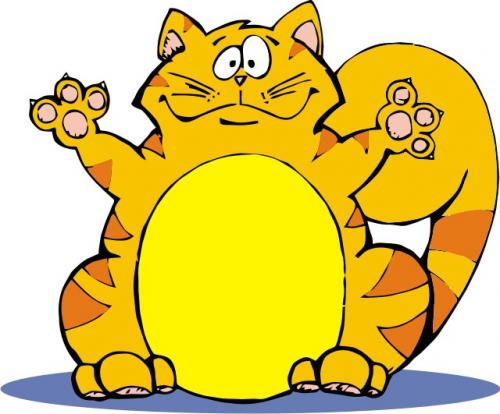 AS: Easy. Pharrel’s verse in “Drop it Like It’s Hot.” POETRY.

CP: Do you believe in God? Why not?

AS: Nah. I hate to give such a teenage-y answer, but it doesn’t make a lot of sense. There is not a whole lot of proof towards the fact either. “Extraordinary claims require extraordinary evidence.” – Carl Sagan.  Sorry.

CP: What aspect of your teenage years do you hate the most?

AS: I hate that less and less people each year take me seriously. But, I do not blame them. Or people think that I take acid because I listen to “Here Comes the Indian.”

Note: If you’re not on acid when you’re listening to Here Comes the Indian, no one is going to take you seriously.

CP: What is your anti-dream job?

Note: Exactly what a human masturbator is isn’t clear.

CP: What aspect of American Dad do you envy the most?

AS: I envy the fact that it gets credit for being a good show. It’s a pretty bad show. I deserve the title of being an O.K. show.

CP: You have been elected the President of the United States in a landslide win over Mittens in the 2016 Presidential Election.  What policies would you enact?  Which would you discontinue?

AS: I would totally get Lil Wayne to write all of my speeches, and I would make it mandatory to kiss the American Flag every morning.

CP: What school-banned childhood fad best describes you and why?

AS: No Hats in School. Hats usually are used to make a person seem cooler than they actually are. Along with sunglasses and jackets. I use all of these things in my daily life to trick to my peers into thinking that I am better than them. It rarely works.

Note: Baseball hats shouldn’t be allowed to be worn by white people in any indoor situation, excluding those worn by Brett Mass.

CP: If given the option, would you trade lives with someone?  If so, who?

AS: OBAMA. No but seriously, anyone with more money than me. Which gives me a big window to work with.

AS: John Malcovich, Timothy Dalton, Bobby Zimmerman in his 20’s.

AS: This one time I was on the bus in grade school, and I gave the gardener of my school the middle finger, behind his back. He had no idea I did it and I had literally no reason at all to do it. I sorta feel like a douche for doing that. Plus, all of my sexual escapades.

CP: What’s your favorite pair of shoes you ever owned?

CP: Who is your favorite LOST character?

CP: What is your favorite part of Double Band?

AS: Either Unkie’s laughter or T’s impression of Bill Cosby.