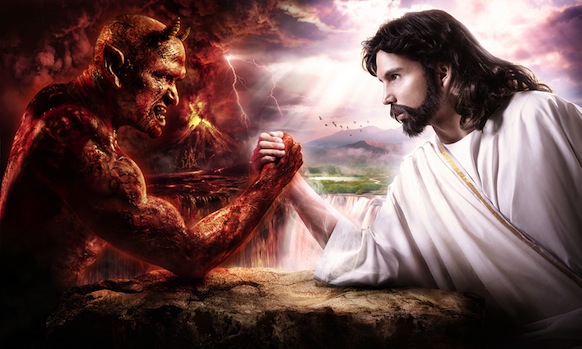 In three hours’ time, Tom Brady’s New England Patriots will take the field against Tim Tebow’s Denver Broncos in the most ontologically complex NFL regular season game of all time.  On this rarest of occasions, the implications of the game’s outcome extend beyond the shaping of AFC playoff picture to the shaping of our national consciousness, the nature of our beings.  It represents the culmination of over a century of tension between religiosity and secularism.  War never rages on a solely societal level, it rages equally within the souls its combatants.  In this instance, as The Byzantines battled The Turks in The Crusades, as the champions of industry battled in The Industrial Revolution, the armies are only as effective as the generals leading them.  In this instance, we have Tim Tebow and Tom Brady.

No opposing quarterback pairing denotes a greater contrast in playing styles and mentalities, and, most importantly, in philosophies.  First, there is the God-King Tim Tebow, general of the home team, the theological Broncos.  Physically and spiritually, Tebow is indefatigable.  No game is ever out of reach.  Doggedness and resiliency offset any and all inadequacy with the conventions of quarterbacking.  The team rallys around him as a congregation rallys around its pastor.  He truly believes that Jesus plays a personal role in his victories, and is not afraid to say so, again and again.  His post-games sound like evangelical commercials.  And he only wins.  He wins and wins and praises his savior Jesus Christ after every win.

Tom Brady wins and wins too, but the only higher power that propels him is victory.  To defeat the opponent is his only aim, and he is never one to hold punches.  Mercy does not factor in to Tom Brady’s game plan.  There is only his triumph, his ego, his haircut.  He is the secular man.  His moral compass is a wayward one.  In the past, he has leveraged play-stealing to win (SpyGate), fathered a bastard child (BastardGate), married Leonardo DiCaprio’s leftovers (GiseleGate, the ultimate revenge of the theatre nerd over the jock), and inspired hate in innocent adults and children alike (SadGate (See attached video)).

Now, they battle for the souls of America.  A Patriots win signifies the final nail in the coffin of the God-fearing, church-going America, and the advent of the atheist world regime.  A Broncos victory will mean that God exists, that Jesus is controlling not only the outcome of every NFL game, but every happening in existence, from the formation of black holes ten-thousand times the size of the sun to the timbre of a dog’s farts to my choice of words in this blog post.  Once again, the fates of many will be decided by the few, but at least these few are professional football players, and we can watch them, with beer-in-hand, our problems seeming farther away than they otherwise would.  Some may see it as a religious experience, others as a worldly one, but I choose to see as simply wonderful, an experience somewhere between the two.