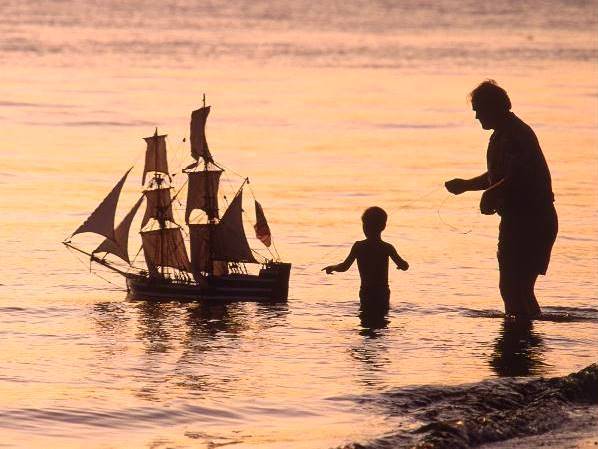 Composition as process is dying.  At the time of this writing, an extraordinary amount of words are being exchanged with little mind paid to their content, arrangement, coherence, or value.  My words, these being read this very instant, are no exception.  Hardly any to no thought went into their conception, formulation, production, eventual proliferation.  The digital age has inflicted calamitous damage to man’s esteem for the written word, and however better I may dress my wounds, I am bloodied the same.  Man, fixed as he is in his body in space in time, cannot be anything but a product of his age.  Seeds hold no say in their planting, and whether they mature into redwood or weed, it is from the identical earth they grow.  I am of the digital age.  My words are of the digital age, thus they suffer, I suffer, but we do not die.  We live on in our invalid way.

My son, Wilson, does not have to deal with this.  When he sits down to write a letter, he probably wants to make the most of the page before him.  There is one page before him, and no others.  Conversely, I have since my wakening twenty-six minutes ago sent eleven text messages to five different people and meditated on three separate, nonsensical tweets and read minimum ten reviews of John Carter, bought the new Pallbearer album off iTunes, all while watching Sportscenter, and listening to Yoshimi Battles the Pink Robots, not on shuffle.  I have only so much meaning to instill in what’s before me, and somewhere along the line, along those many pages, that meaning is being tempered.

If I’m going to write this letter rightly, my meaning must be focused, concentrated.  Communication, especially in situations such as my own, is an artform across distances, and a shotgun’s spray is not nearly as effective as a sniper’s shot.  Composition has become an extempore enterprise, but that does not mandate that its prior, purer incarnations are lost.  Our constant connection to the social world has given saying anything preeminence over saying something.  Whether it’s writing a text message or Facebook status or trolling the John Carter message boards, the easier an action is to perform, the less thought is going to go into it.  But language is not a reflex, it’s our first and most vital technology and nothing that exists would exist without it first existing.

Drafting before writing is the looking before leaping of the written word, and to demonstrate how gainful drafting can be, I will provide my many drafts of my letter to Wilson below.

hello I”m your dad Carmen from the United states do you nknw the words to the Star-Bangled Banner?  I go to school too and we are both students.  Don’t stop be learnin’.  I live in NJ but I take the underground whoosh caboose to NYC!  I have a mommy and a daddy and a sister Anna Banana.  Also a dog Brooklyn and sometimes Booda.  For fun hours of leisure I like to dance and write letters on my blog.  This is my whole life.  Hear back from you? SOOn.

Hello there!  I’m Carmen Petaccio, your sponsor.  I am twenty-four years old.  Does that sound old to you it sounds old to me too?  I live in Hoboken New Jersey, where baseball was invented, and go to school in New York City, where The Meatpacking District was invented.  Do you like school?  What is your favorite subject?  When I was a little boy like you my favorite subject was Squirtle the Pokemon and no other subjects, so if you don’t like school that much don’t worry because I love school now and you will!  I have a mother, Theresa, a father, Brian, and a sister, Andrea.  Do you have any brother’s or sister’s?  My hobbies include reading, writing, blasting my pecks at the the gym, and philosophy.  What are some of your hobbies?  It’s so nice to be your sponsor.  Have great day.

My name is Carmen Petaccio, and I am your sponsor.  I am twenty-four-years-old.  If that sounds old to you, it’s okay.  Twenty-four sounds old to me.  I live in Hoboken New Jersey, where baseball was invented, but I go to school in New York City.  I very much like school.  What’s your favorite subject?  I have a mother, Theresa, a father, Brian, and a sister, Andrea.  I like to call her Banana, or the diminutive Nana.  She does not like this, but that’s okay, too.  Do you have any brothers or sisters?  Do you have fun nicknames for them?  My hobbies include reading, writing, exercising, and spending time with my friends and family.  When I was your age, my favorite book was Where the Red Fern Grows.  Do you have a favorite book?  If not, I highly recommend Where the Red Fern Grows, though maybe not if you have dogs.  I have two dogs, Brooklyn and Booda.  They’re yellow labradors.  Do you have any pets?  I’m sorry I took so long in writing this letter, but I wanted to get it right, because you’re an important person to me, and that’s the best thing to be in the world, important to someone.  Be kind to the people who are important to you.  Try your best in school, even if it’s boring.  Have a wonderful day.

Tough call, but the third draft seems to accomplish a lot more than the first, as I’m sure the fourth, fifth, sixth, nth would certainly do.  I understand that nothing I write will ever be perfect, but if I’m given opportunity to drag that writing smidgen after smidgen closer to perfection, I’m going to take it, because some people, like Wilson, probably aren’t afforded that opportunity.  Those people, like the written word, deserve our respect, and what better way to show that respect than to write it down, cogently, thoughtfully, so they can have record of exactly what you mean, what they mean to you, or something very near to it, and how nice that can be, is.