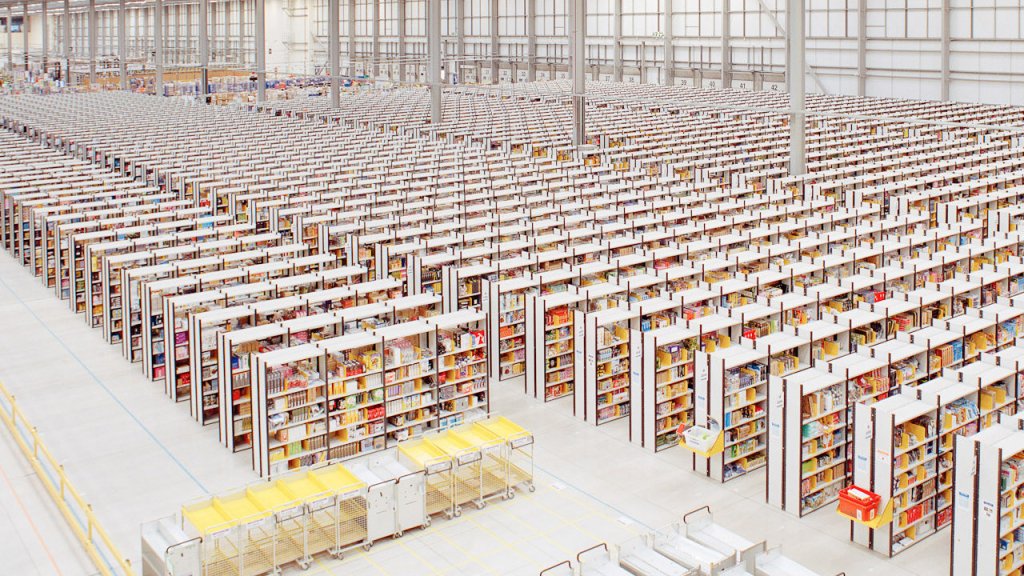 The Everything Store, Brad Stone’s sweeping account of Amazon’s rise from prescient concept to pervasive corporation, uses for its epigraph a quote from the company’s eccentric founder, Jeff Bezos. Originally delivered as a part of his commencement address to the graduates of Princeton University, in 2010, the aphorism concludes a rather mordant deathbed scene culled from Bezos’s ever-mordant imagination. In its entirety, the bizarre quote reads, “When you are eighty years old, and in a quiet moment of reflection narrating for only yourself the most personal version of your life story, the telling that will be most compact and meaningful will be the series of choices you have made. In the end, we are our choices.” For Jeff Bezos, the world’s fifth richest man, the sum total of every human life is reducible to a collection of choices: yeses and noes, lefts or rights, life or death, checkout or continue shopping. There is, in this oversimple worldview, a kernel of truth, and Bezos’s ability to capitalize on that truth has allowed him to accrue a fortune of nearly $35 billion. Amazon stock has increased tenfold in the past seven years, and, just last month, the corporation surpassed Walmart as the world’s largest retailer. If we are our choices, who we are is clear. We are supplicants before the altar of low prices. We are slaves to the lure of convenience. We have unanimously chosen Amazon, and for this choice we will all soon be devoured.

The evils of Amazon–Orwellian in their flagrance–are as widely documented as they are universally and devoutly ignored; the company’s 200,000,000 products seem a tame figure in comparison to the innumerable corruptions that make their sale possible. In the venerated name of the consumer, Amazon has dodged taxes since its inception, passed all the taxes it does pay onto its customers, and posted rare profits only when it strategically courted speculation of future profits. Its dark prophesy is self-fulfilling: because the corporation is willfully unprofitable, it can’t pay taxes on its profits, and all of its gargantuan revenue can instead be spent on profligate expansion. At the same time, the company bullies and extorts its suppliers, operates at a loss to cripple competitors it wants to acquire, and regards its warehouse workers with the respect butchers exhibit to ground beef. The amoral lizards who do invest in Amazon financially–including, by no choice of their own, its traumatized employees–are placing a bet not on the company’s ability to disrupt markets, but on its ruthless intent to collapse them. Amazon will charge as little as it mathematically can until a market implodes, then presumably charge as much as it possibly can forever. The magnetic roulette ball of the stock market has been replaced with a hand grenade. Oh, and Jeff Bezos is building a spaceship.

The fallacy at the core of the Amazon philosophy is the notion, espoused in every press release and memo since the company’s inception, that the customer’s well-being is its ultimate concern. Every action that Amazon takes–large and small, good and evil–is purportedly done to empower its customers. “If we can arrange things in such a way that our interests are aligned with our customers,” Bezos has said, “then in the long term that will work out really well for customers and it will work out really well for Amazon.” What may look like extreme business practices in the short term will be seen as necessary in retrospect; Amazon knows what’s best for its customer, and what’s best for its customers happens to be Amazon. This is, of course, pure doublespeak. Bezos’s vagaries about the “things” that will be “arranged” in “such a way” are coded language, part and parcel of the 20-year swindle the CEO has perpetrated on a global scale. The endgame of Amazon is nothing less than a total retail monopoly; its aims are fundamentally those of Galactus: consume everything there is until nothing remains. Every one-click transaction accelerates the coming of this oblivion. Amazon’s only concern is and always has been Amazon. Prepare to die.

Despite appearances to the contrary, conscientious consumerism isn’t an impossibility. Late capitalism has winnowed pretty much all consumer choice down to decisions between greater and lesser evils, but, especially in the case of Amazon, ethical online shopping is one of the rare human activities as easily said as it is done. Unless you consider employee misery a commodity, Amazon literally produces nothing–it’s merely human history’s most efficient, depraved, and pernicious middle man. And like all middle men, it is smoothly excised from the consumer equation. Nearly everything available on the site is purchasable through other channels, and the additional energy required to seek out those alternate channels is approximately nil. Try it. Next time you’re hankering to cram more useless shit into the ever-widening hole capitalism has drilled into your spirit, type another despicable corporation’s name into your address bar. You’ll find no shortage of alternatives. The experience will surely be as coldly efficient and impersonal as anything Amazon offers. Be sure to act quickly, though. Choose to do the right thing while there’s still a choice to be made.

Of The Everything Store‘s 817 reviews on Amazon, 13 are one-star reviews, and of those 13 one-star reviews, only one is written by Jeff Bezos’s wife, MacKenzie. (Majority of the others, it should be noted, are written by Amazon employees.) Titled “I wanted to like this book,” Mrs. Bezos goes to great lengths to rebuke Stone’s claims of malfeasance, to reiterate that her husband wasn’t interviewed for the project, and to assert that Amazon is a “supportive and inspiring workplace.” She argues that Stone had the opportunity to write two different books: the first detailing the dull reality of life at Amazon, the second being an embellished, more critical account. She believes that Stone opted for the latter option, since the first would “strike readers as less exciting.” In defense of Mrs. Bezos, the lines between fiction and nonfiction have never been set, but the unquestionable reality is that, somewhere outside of Houston, Texas, her husband is building both a spaceship and a giant atomic clock that will tell time for 10,000 years. These are the things Jeff Bezos has chosen to do with the world’s money, and they are so ridiculous on the face that they require no embellishment. They are choices as fitfully insane as the system that enabled Amazon’s rise. It’s unabashed madness, an unfortunate condition that appears less and less temporary with each passing financial quarter. If we are our choices, shouldn’t we want them to be just?