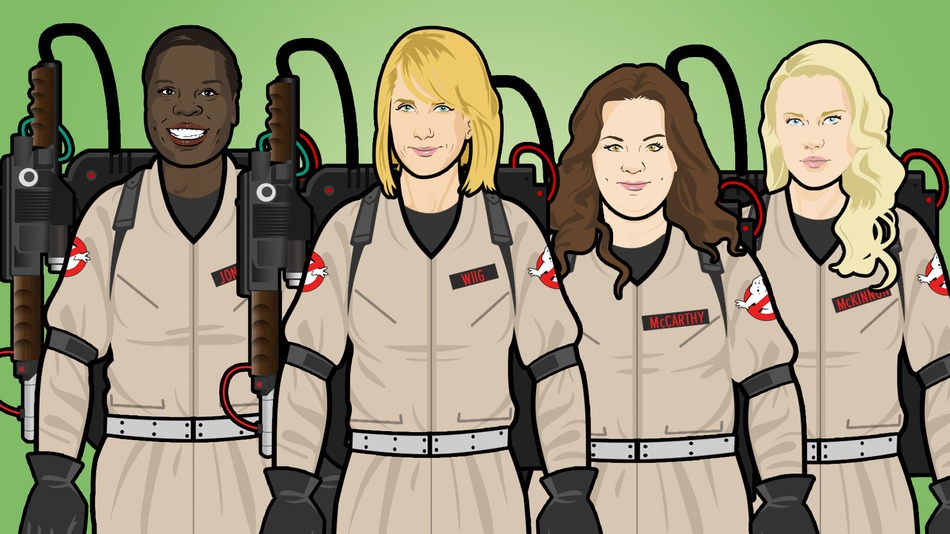 A bust of Harold Ramis’s head appears early in Lady Ghostbusters, his wry grin preserved in bronze, as if pleased that death has excused him from the proceedings. Were only the living so blessed. Co-written and directed by Paul Feig (Bridesmaids), Hollywood’s default wrangler of overqualified comediennes, Lady Ghostbusters affords none of its participants–be they ghostbusters past or present, male or female–the consideration shown to Mr. Ramis’s effigy. From the titles, the film maintains a perplexed relationship with its parentage, thumbing its nose at Ivan Reitman’s 1984 original while awkwardly kneeling at its feet. The end result wanders the wilderness between remake and reboot, providing its audience neither a coherent artistic statement nor a credible dramatic story. By the time Ernie Hudson appears for the last in an endless parade of cameos, the film seems to end less out of resolution than exhaustion. For the living and the dead, Lady Ghostbusters feels like an obligation apathetically fulfilled.

Much of the blame here falls on the script, written by Feig and Katie Dipold, whose previous collaboration, The Heat, played to the strengths of its leads, Sandra Bullock and Melissa McCarthy. That film let McCarthy imbue her performance with otherwise combustible amounts of comic energy–she careens into scenes like a flung grenade only Bullock has the pin for. The Heat subverted the buddy cop genre by embracing its tropes so tightly that they cried uncle; Lady Ghostbusters, in contrast, holds its inspiration at a stiff arm’s length. While the cast may have more raw talent overall, in concert their gifts are rarely complementary. With the exception of Leslie Jones, whose streetwise MTA employee raises other issues, none of the film’s main characters are particularly defined, reducing them to mouthpieces for jokes without edge, pathos, or context. McCarthy and Wiig are cast in bizarrely similar roles, a friendship built on the vaguest history, an oversight that severely undercuts the film’s third act. The worst disservice, however, is done to McKinnon, whose every spastic word and reaction shot never once approach explicable. In a humor vacuum, her performance is a black hole. 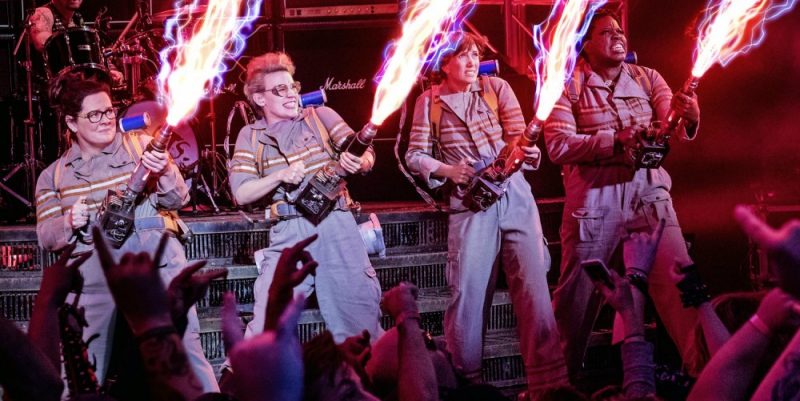 Stewardship of a franchise requires a very specific kind of director, one who balances reverence for the source material with a forward-looking personal vision, and it’s possible that Feig’s skills aren’t suited to the task. His expertise seems to lie in upending genres, not properties. Lady Ghostbusters fails to replicate the successes of Bridesmaids, The Heat, and SPY because its goals, commercially and artistically, are too narrowly set, the creative space too small for a cast and crew usually granted wider berths. It’s like watching action painters try to paint by numbers. The PG-13 rating, the fan service, the imploding buildings in the climax, all of it works counter to the talents of the parties involved. Even Chris Hemsworth’s superb turn as Kevin, the Ghostbuster’s dimwitted receptionist, loses its luster when surrounded by so many missed opportunities. In a film meant to let female performers shine, the lone bright spot belongs to a man. That shouldn’t happen.

The great shame of Lady Ghostbusters ultimately exists outside the film, more noteworthy than anything that transpires onscreen. Few movies work so resolutely to confirm the prejudices they seek to reject, and many mother’s basement misogynists will walk away from the film feeling vindicated, their childhoods ruined but their adolescent opinions intact. The filmmakers aren’t blameless in this. Too often does Lady Ghostbusters veer suddenly from the story to snicker at hateful YouTube comment, weakening its product while foolishly attempting to dispel claims of deficiency. As much as the film is about trapping computer-generated ghosts, it’s also about defeating actual trolls. But it’s art’s job to integrate criticism, not outwardly acknowledge it. Lady Ghostbusters trips over its own feet trying to make misogynists shut their mouths. What it should have done is make the assholes laugh. 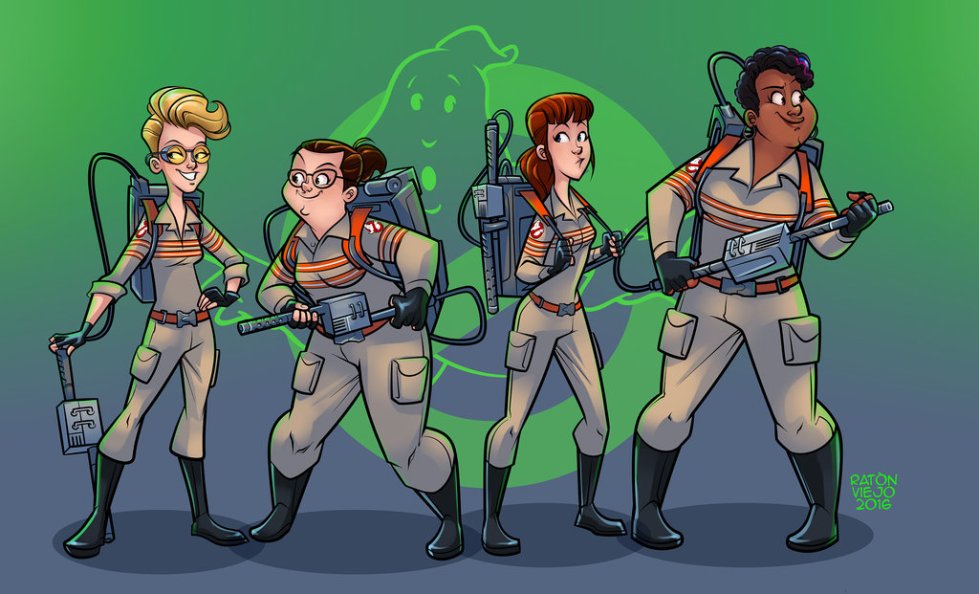 In Lady Ghostbusters, Bill Murray plays Martin Heiss, a “professional myth debunker” who at one point asks the Ghostbusters, “Why are you pretending to catch ghosts?” A ghost dragon later throws him out a second story window, presumably to his death. Later, Dan Aykroyd appears as a cab driver, rudely denies Wiig a ride, and declares, “I ain’t afraid of no ghosts!” Why would the filmmakers recast the original actors as idiotic aggressors, especially when their characters were anything but? The decision speaks to a general misguidedness that plagues Lady Ghostbusters, a defensiveness that eventually comes across as hostility. During the film’s climatic battle, the Ghostbusters literally fight a monstrous version of their own logo, which has assumed the proportions of the Stay Puft Marshmallow Man, the lumbering behemoth from the 1984 film. The Ghostbusters summarily blow the logo into another universe with an atomic bomb. In our intolerant present, there’s no time for catching ghosts. These women are at war.

Final Strawberry Verdict: 2.25 Strawberries out of 5