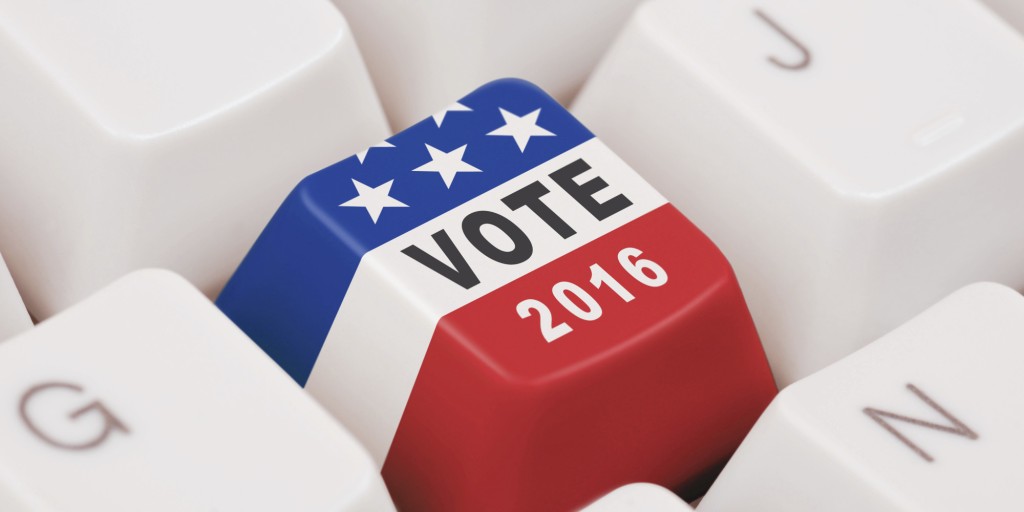 For the past painful year, the Republican presidential contenders have been bombarding Americans with empty propaganda slogans and competing, bizarrely, to present themselves as the least experienced person for the most important elected job in the world. Democratic primary voters, on the other hand, after a substantive debate over real issues, have the chance to nominate one of the most broadly and deeply qualified presidential candidates in modern history.

Bernie Sanders would be the first Democratic Socialist nominated by a major party. He is the longest-serving Independent in the history of the United States Congress, and has shown himself to be uniquely devoted, over the course of his career, to the cause of progressive politics in America. The BPoFD editorial board has never endorsed an individual for federal office in its history, but it is doing so now with the utmost confidence and enthusiasm.

Mr. Sanders’s opponent, Secretary Hillary Clinton, a self-described “Democrat,” has proven to be more uninspiring than most people, including Mrs. Clinton, anticipated. She has spoken out against income inequality while accepting donations from the same economic agents that drive it. She has positioned herself as a champion of minorities and the LGBQT community despite decades of support for policies that powered the marginalization of both groups. In the face of widespread female oppression, Secretary Clinton has exhibited, again and again, a cheerful willingness to join the oppressors. Though she is a wildly better choice than either Republican candidate, it’s always preferable to eat dirt when the only other menu options are shit and piss. This needn’t be the case a fourth entree presents itself.

Mr. Sanders has the breadth of experience and policy ideas that Mrs. Clinton fails to offer. His boldest proposals — to break up the banks and to start a Medicare-for-all system — have rightfully earned him support among middle-class voters and young people. Ironically, the centrists who’ve characterized his proposals as “unrealistic” are the very same people who view Donald Trump’s psychotic policies, in the event he were elected, as foregone conclusions.

Mr. Sanders is a strong advocate of sensible and effective measures to combat the plague of firearms. His economic proposals for financial reform reflect a deep understanding of the 2010 Dodd-Frank financial reform act, especially the ways in which it has fallen short. He supports changes that the country badly needs, like controls on high-frequency trading and stronger curbs on bank speculation in derivatives.

Mr. Sanders has scored some rhetorical points against Mrs. Clinton for her longstanding ties to Wall Street, and while her response has amounted to little more than equivocation, it would be comical to watch any of the Republican candidates try to make even that case, given that they are all virtually tied to, or actually part of, the business establishment.

One of the most attractive parts of Mr. Sanders’s populist economic platform is his pledge to support the well-being and rights of working Americans. His lifelong fight for labor bolsters his credibility in this area, particularly with women, since so many of the problems with labor law hit them the hardest, including those involving child care, paid sick leave, unstable schedules and low wages for tipped workers.

Mr. Sanders is keenly aware of the wage gap for women, especially for women of color. It’s not just that he’s done his homework — Mr. Sanders has done his homework on pretty much any subject you’d care to name. His knowledge comes from a commitment to issues like reproductive rights that is decades old. Like Secretary Clinton before him, Mr. Sanders called for the repeal of the Hyde Amendment, which severely limits federal money to pay for abortions for poor women.

As Secretary of State, Mrs. Clinton worked tirelessly, and with important successes, to forward America’s imperialist interests abroad. She was instrumental in facilitating the criminal-led coup in Honduras in 2009, as well as the systematic destabilization of Syria, Iraq, and Libya, decisions that contributed directly to the current refugee crisis. Certainly, the Israeli-Palestinian crisis deepened during her tenure, but this stopped her not at all from accepting enormous contributions from the pro-Israel lobbyist group AIPAC.

In accordance with her voting in favor of the Iraq War, Mrs. Clinton can be more hawkish on the use of military power than some Republicans, as shown by her current call for a no-fly zone in Syria and her earlier support for arming and training Syrian rebels. We are fully convinced that a no-fly zone isn’t the right approach in Syria, and we have serious doubts that Mrs. Clinton would use American military power effectively.

Mr. Sanders has honed a trenchant iconoclasm that will serve him well in battling a difficult Congress on critically important issues like climate change. It will also help him to weather what are certain to be more attacks from Republicans and, should he win the White House, the possibility of the same ideological opposition and personal animus that President Obama has endured.

In many ways, the Republican party has already won the 2016 Presidential Election. The GOP’s continued rightward radicalization, typified by a stagnant Republican Congress and the fascistic rise of Donald Trump, has forced many centrist Democrats, like Hillary Clinton, to embrace political policies likely out of keeping with their personal beliefs. Secretary Clinton isn’t to blame for this frustrating political reality, but she should be held accountable for her acquiescence to it. Should Mrs. Clinton receive the Democratic nomination, the members of the editorial board will gladly vote for her. She will make for an adequate American president, as Bernie Sanders will certainly make for a great one.

Despite appearances to the contrary, The United States has never had a truly progressive president, an individual who refutes the bipartisan system of hierarchical empowerment to forward an uncorrupted agenda in support of the many, not the few. This rare distinction makes Bernie Sanders not a once-in-a-lifetime candidate, but a once-in-history candidate. Less than two decades after the election of George W. Bush, a Jewish socialist has won multiple state primaries in the United States of America, entirely without the support of the mainstream media or the political establishment. If those facts seem unbelievable, it’s because advancement is often apparent in retrospect only. For American progressives, it’s imperative that progress, for once, be recognized and embraced in the present.

Bernie Sanders is the right choice for the Democrats to present a vision for America that is radically different from the one that any other candidates, including Hillary Clinton, offer — a vision in which middle-class Americans have a real shot at prosperity, women’s rights are enhanced, undocumented immigrants are given a chance at legitimacy, international alliances are nurtured and the country is kept safe.